Rattray begins series with a win 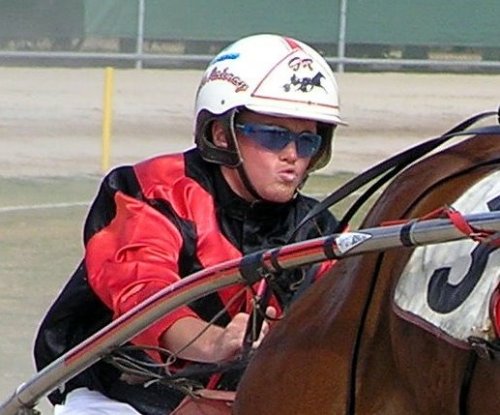 TASMANIA’S premier reinsman Gareth Rattray produced a cool front-running drive to secure maximum points in the opening round of the Inter Dominion Young Drivers Championship series at MenanglePark in NSW on Tuesday.

Rattray was aboard pole marker Setting The Trend that was sent around a $12 outsider but proved too strong at the business end of proceedings from Our Mack Be Nimble (Dexter Dunn NZ) and Snukered (Cameron Fitzpatrick NSW) with the favourite Equal Terms (Peter McMullen NZ) a close-up fourth.

The series comprises six heats with the remaining heats to be run at Penrith (x2) tonight (Thursday), Newcastle on Saturday night (x2) with the final heat at Menangle on Sunday on Inter Dominion final day.

Rattray already is a winner of the title, having been successful in New Zealand in 2003.