Rattray makes it six in succession 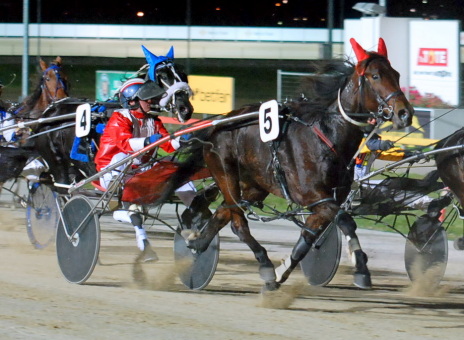 STAR Tasmanian reinsman Gareth Rattray finished the harness racing season as he started it with multiple wins that capped another great season to register his sixth successive leading driver title.

Winning premierships is not something the 25-year-old sets out to do each season but like his father Barrie, who has won 13 driver’s premierships, it just seems to come naturally.

Gareth finished the season with 84 wins and well clear of his nearest rival Nathan Ford who also had a good year booting home 51 winners and he was just in advance of Ricky Duggan (49) who has proven year after year that he is as good as they come.

Bridport trainer Grant Hodges had his best season ever taking out the state trainer’s premiership with 68 winners.

The former Victorian won many feature races with the Easter Cup victory with Kalypson Kid one of his most cherished of the season.

It was Hodges’ first title but given the number of horses he has in work and the continual flow of well graded horses that flows through his yards he should expect similar results in the immediate future.

Hodges finished 15 wins clear of multiple premiership-winning trainer Barrie Rattray who rallied towards the end of the season and he also had success in many feature races.

She had her best season booting home 43 winners to finish well clear of her nearest rival Natalie Emery who notched 16 with Kate McLeod next best on six.

Shelley Barnes won the female trainer title with 11 wins ahead of Melissa Maine (6) and Deborah Williams (4).

Todd Rattray, the younger brother of Gareth, easily won the junior driver premiership with 42 wins with this his second title.

Rattray finished 15 wins clear of star teenage reinsman Alex Ashwood who outdrove his claim at the tender age of 17 with Mark Yole third on 19.