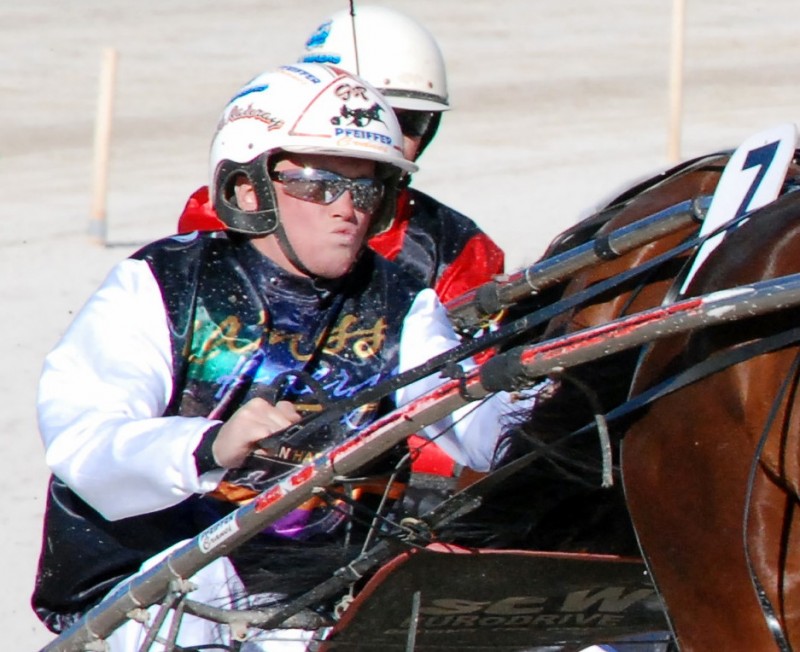 IT was a tough night at the office for Tasmanian reinsmen Gareth Rattray and Ricky Duggan who were in South Australia last night (Saturday) competing in the inaugural Australian Drivers’ Championship at Globe Derby.

Duggan was unable to find his way to the podium from drives in each of the six races but his charges were all outsiders with all but one starting from the second row and the other he drew near the outside of the front row (6).

Rattray made the most of his one good draw when triumphant aboard race favourite Winterfeel ($2.00) but he also managed to snare a second placing aboard 100-1 chance Nothingmuch.

The series was designed to give drivers the opportunity to compete with the view of being selected to represent Australia at the World Driving Championships in Sydney next year.

The drivers accumulated points across the six race series with performances factored into the selection of the drivers to represent Australia next year.

Duggan and Rattray also has drives in two races that were not a part of the championship series in which Rattray secured a second and a fourth while Duggan finished fourth in the race in which Rattray was second.

Harness Racing Australia will announce soon the names of the drivers to represent Australia.