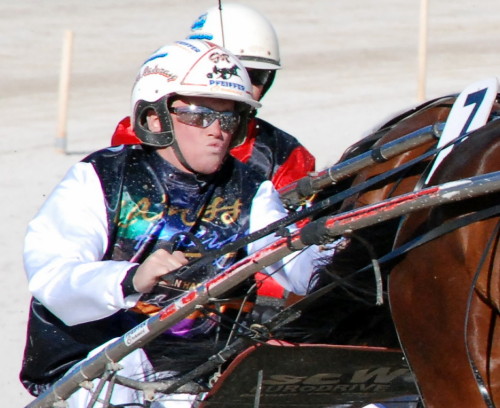 TASMANIAN Gareth Rattray confirmed his status as one of the nation’s most talented young reinsmen when he won the Alabar Australasian Young Drivers Championship at Menangle today.

Rattray went onto the final race of the seven-heat series with an unbeatable lead on 70 points but he made a good thing of it by snaring seven points for finishing fourth on the race favourite Emjayem Grand.

It was Rattray’s second title, having been successful in New Zealand in 2003.

It also highlighted Tasmania’s dominance at the series with Rattray’s latest triumph Tasmania’s sixth success since the Australasian series began in 1992.

A winning strike rate of 33% is amazing given the size of Tasmania but it has long been regarded nationally as a harness haven.

Even when the series was held under the Australian Young Drivers Championship from 1976-92 Tasmania held its own with Don McVilly Jnr (1978), Leigh Dornauf (1980) and Rohan Hadley (1990) worthy winners.

The Inter Dominion Junior Drivers Championship from 1982-1992 produced one Tasmanian winner, Barrie Rattray, who took the title on the Gold Coast in 1984.

The Rattray family holds the record as the biggest winning family with Barrie’s 1984 success matched by Gareth in 2003 and this year and his twin brother James won the title in New Zealand in 2005.