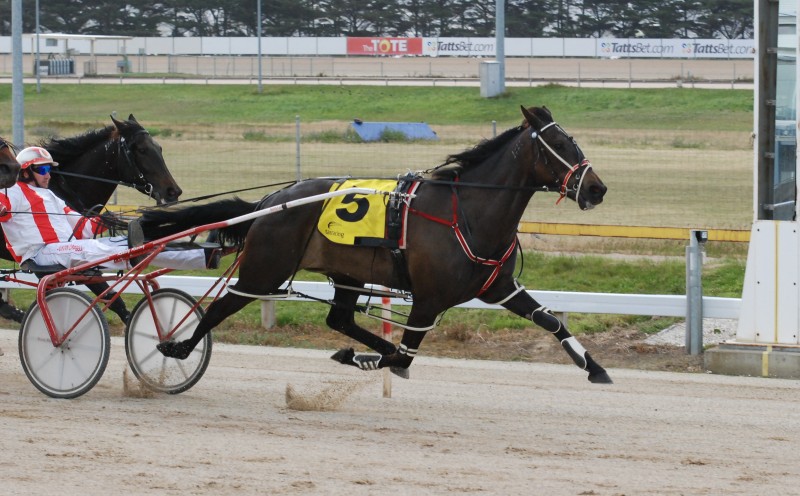 THE Justin Campbell stable has been spending plenty of time in the winner’s circle of late but his latest victory was arguably more special than most.

Really Fayfay produced a courageous effort to lead throughout to win the Hygain Release Pace (3YO and older) for fillies and mares over 1609 metres.

The five-year-old was given no peace for the first 400 metres when attacked for the lead by Sweet Pea Jasper that eventually eased to take a sit.

The win was made special because it was a family affair with the mare bred by the trainer’s parents Anne and Malcom Campbell and raced by them in partnership with the trainer.

It was the mare’s first start for almost three months and Campbell was worried that she might “knock up” owing to her being taken on early in the race but she refused to wilt over the concluding stages.

Really Fayfay held a clear margin over Fuscienne on the line with Really Fiesty running on well for third ahead of the well backed Days Like This that faced the breeze for the last lap.

Listen to what trainer Justin Campbell had to say about Really Fayfay’s first-up win.