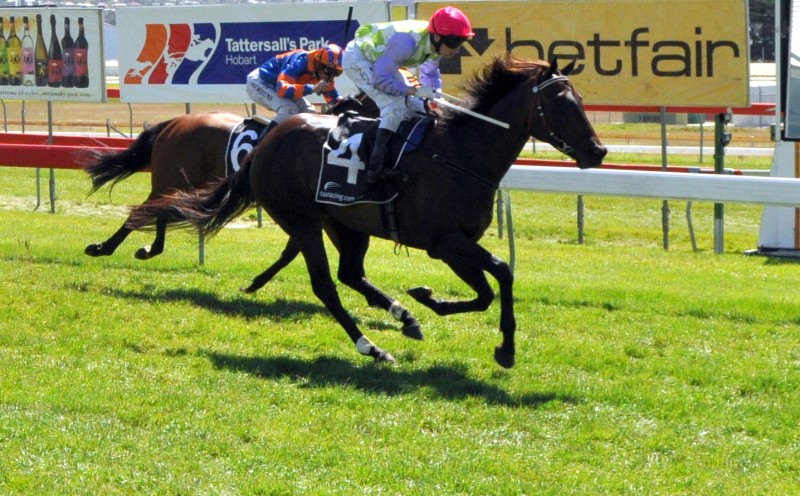 While she had been reasonably competitive at her first two outings this time in her trainer Leon Wells has opted to send her to the paddock.

She won the Group 3 Vamos Stakes in Launceston at the end of her last preparation and was first-up in the $200,000 G. H. Mumm Stakes at Flemington in Melbourne on Oaks Day (November 06)  this year in which she finished ninth of 14, beaten six lengths.

But after she finished nearer to last in the Newmarket handicap behind Hellova Street in Launceston last month the decision was made to send her for a spell.

“Her work was under par and not 100 per cent so the owner Chris Wickham decided to pop her in the paddock,” Wells said.

“The mare is perfectly sound and nothing wrong with her other than she was not performing in races or on the training track as we would have liked,” he said.

Tasmania may well have seen the last of Rebel Bride as a racehorse but her legacy will live on as a broodmare.

Owners Chris and Sharon Wickham have enjoyed much success withy Rebel Bride with the mare going to the paddock this time with a record that is better than any locally owned mare in modern times.

The seven-year-old has had only 32 starts for 14 wins and 13 minor placings for $557,450 in stakes with her three best two wins coming in the Group 3 Bow Mistress in Hobart in successive years (2012-13) and she capped that with victory in the Group 3 Vamos Stakes in Launceston in February this year.

She has tremendous value as a broodmare but the owners are making no firm decisions on what the future holds for the queen of the Tasmanian turf.