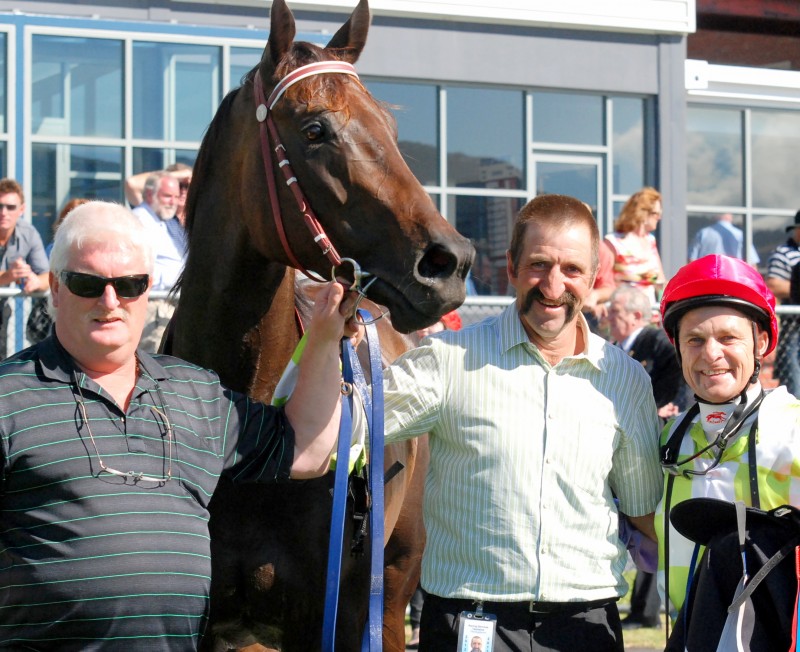 STAR mare Rebel Bride confirmed her status as Tasmania best racehorse when she outgunned a star-studded field to win her second Group 3 Bow Mistress trophy in succession at Tattersall’s Park in Hobart today.

With Hall of Fame jockey Stephen Maskiell aboard Rebel Bride came from well back and three-wide for the last 600 metres to run down the race favourite Tatiana that is trained in Victoria by Mick Price.

Tariana led and looked to have the balance of the field struggling turning for home with the exception of Rebel Bride that was looming ominous at the top of the home straight.

When Maskiell called on Rebel Bride for the supreme effort 200 metres from home she dug deep and went on to score by a length from Tariana with Rose Pattern a close-up third.

Rebel Bride won the race last year and did so on a short preparation but as her trainer Leon Wells explained, this year’s race was a prime target from day one.

Tariana was gallant in defeat having worked hard early to find the front from the outside barrier.

Rose Pattern made her way home along the rails and Follonica staked her claim at the top of the home straight and did well to battle into fourth place.

Bel Price was bailed up on the rails just beyond midfield and became a victim of circumstances as rider Jason Maskiell tried valiantly to extricate his charge off the fence when he wanted to go forward 600m from home.

The Vicki Rhind-trained mare kept getting held up but finished the race off well to place sixth leaving Rhind to contemplate running the four-year-old in the $100,000 Vamos Stakes over 1400 metres in Launceston on February 20.

The Bow Mistress race means a lot to the Wells family as trainer Leon Wells explains in a recorded interview with Peter Staples – CLICK HERE.