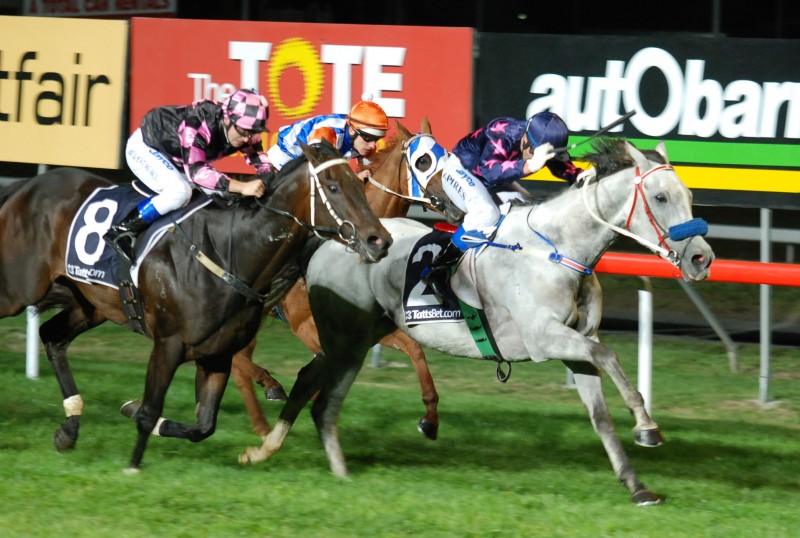 In what seems to be a nothing out of the ordinary in Tasmanian racing, relations will once again line up against each other at Devonport on Sunday.

Dianne Ray-Luttrell trained greys, Tuktoyaktuk and Pinks A Legend have drawn beside each other at the barriers to contest the Sportingbet.com.au Benchmark 68 in a highly competitive affair. Both out of grey mare Loch Carron, Tuktoyaktuk and Pinks A Legend have both recently resumed and look strong chances in a tough last leg of the nine race program.

After a first up win in late May at Launceston, Pinks A Legend followed up that good form by being narrowly defeated by Tuesdaynitedelight at Hobart on June 18. Her older sibling Tuktoyaktuk, who returned nearly white after a recent spell, resumed a fortnight ago in Launceston, running a gallant third behind talented mare Liluka Belle. Ray-Luttrell believes both horses will be well suited to the synthetic surface after galloping at the track earlier in the week. In particular Tuktoyaktuk, who has raced exclusively at Launceston for his last 30 starts, took particular benefit from the midweek journey.

Longford apprentice Hayley Mccarthy will put her claim to use on Tuktoyaktuk, bringing the six-year-old gelding down to 58kgs, whilst Kim Moore will partner Pinks A Legend for the 1150m event.

Ray Luttrell has ear marked the Think Pink Cup in Launceston on Saturday 19th July as a target for both horses.