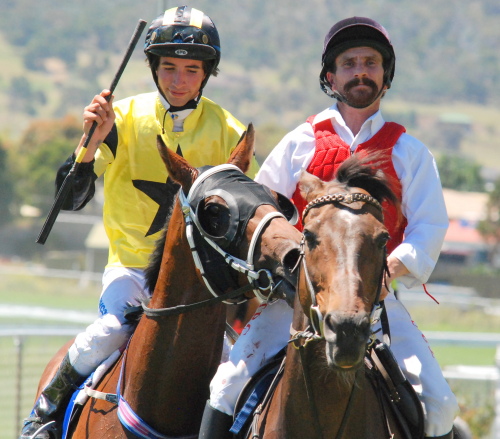 TRAINER Gary White remained in two minds about whether to aim his highly promising three-year-old Remi Raider at the Cadbury Tasmania Derby next month.

Remi Raider made it two wins in succession when he scored an impressive victory in maiden/class one handicap over 1550m on the Derwent track at Tattersall’s Park in Hobart on Sunday.

Remi Raider was coming off an equally impressive win under lights in Launceston on December 23.

White said he would bypass the Betfair Hobart Guineas (2100m) at Tattersall’s Park next Sunday that is the feature race on the opening day of the AAMI Tasmanian Summer Racing Carnival.

In stead he might run the gelding in a benchmark race over 1800m at Devonport on Sunday week.

But Meagher Ofthesword was poised to pounce in the straight and looked set to run straight past White’s horse but Remi Raider refused to wilt and fought back to score by a length with Longway To The Top over two lengths astern.