Resurgent Spirit all the way in Raider Stakes final 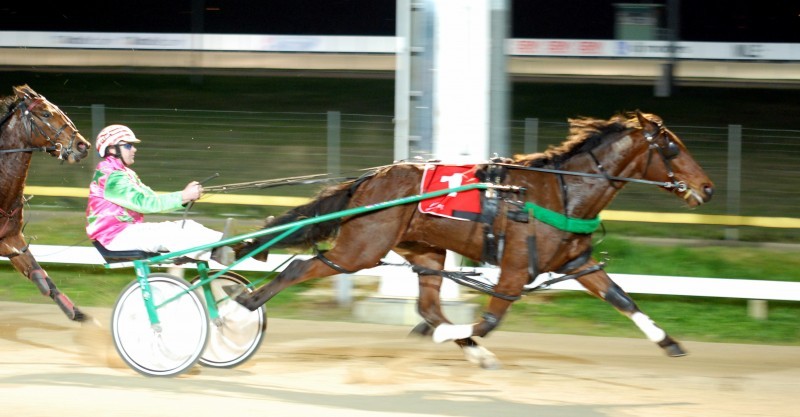 FORMER star Tasmanian juvenile pacer Resurgent Spirit has taken a while to recapture his best form but he did it in style at Devonport on Sunday night where he led throughout to win the $30,000 Raider Stakes final over 2665 metres.

Resurgent Spirit equalled Halwes’ record for the most number of consecutive wins (13) as a two and three-year-old but a trip to Victoria last year led to the gelding contracting a and combined with a knee injury all but ended the back end of his three-year-old campaign.

His road to recovery has not been smooth but his owner, trainer and breeder Roger Whitmore has left no stone unturned in his quest to rejuvenate his stable star’s racing career.

The American Ideal gelding had shown a glimpse of his old form leading up to the Raider Stakes and despite finishing second to Le Premiere in their Raider Stakes heat a week earlier punters were keen to invest when he drew the pole position in the final.

Driver James Austin urged Resurgent Spirit ($1.50) forward at the start to ensure he retained the lead and once settled he led his rivals a merry chase and to further emphasise his dominance the gelding broke the track record along the way.

He hit the line over 10 metres clear of Chirac ($15) that had enjoyed the run of the race in the oine0-oiut-two-back position with outsider Le Wi Bulent ($39) third nine metres away.

The previous record mile rate was 2.01.1 set by the Barrie Rattray-trained Devendra in the last year’s Raider Stakes.

“He had a niggling knee injury and then he went to Melbourne and contracted a virus so you pretty much have to write off his three-year-old season even though he won a few races,” Whitmore said.

“I knew I had him right for this race because I took his heart rate after he came off the training track at New Norfolk through the week and it was only 66 and by the time I’d washed him down it had dropped to 45.”

“I knew then that I couldn’t have him any better but I still thought he’d have to draw well to win the race because the draw is everything on the Devonport track,” he said.

There are no firm plans for Resurgent Spirit for the remainder of the season.

“I haven’t looked beyond the Raider Stakes because this was his main mission this time in,” Whitmore said.