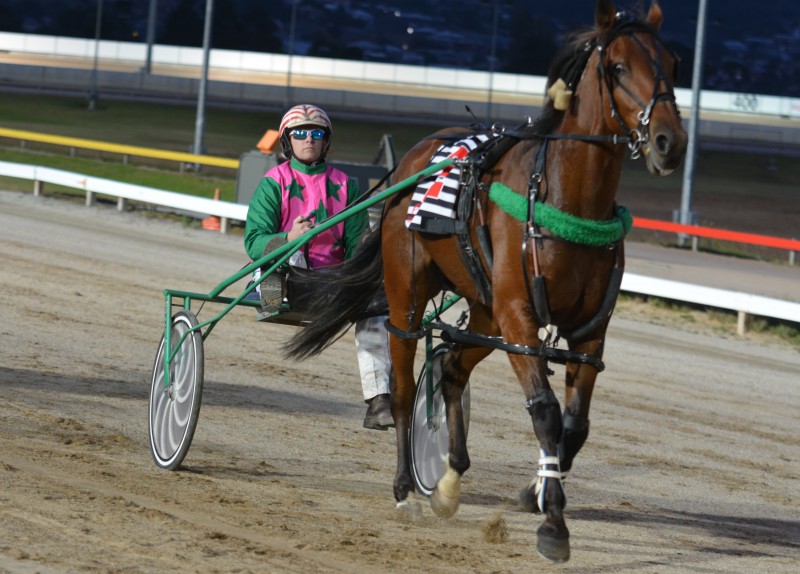 Resurgent Spirit resumed from a lengthy spell with a game win on his home track on Australia Day and followed up with a second at Devonport in a race that was expected to be a stroll in the park for the former two-year-old of the year.

The loss encourages speculation that all might not be as it should be with the gelding but this latest effort dispelled any suggestion that he had lost his sparkle.

With his regular driver James Austin aboard, Resurgent Spirit showed his customary early speed to easily hold the front from barrier two.

He was taken on about 600m from home and at one stage it looked as if he might again succumb to the pressure.

But when Austin asked him to find, the gelded son of American Ideal forged clear and went on to defeat Black Centurian by 2.3 metres with Punt Road Disco a similar margin away third.

Austin was delighted with the win.

“That was an awesome win because he felt good throughout the race and he never got onto his knee once in the run,” Austin said.

“He pretty much toyed with them tonight,” he said.

The Raider Stakes will be run at Devonport on April 26 with heats to be held at the same track on April 13.

Listen to what trainer Roger Whitmore had to say about Resurgent Spirit’s latest win.