Resurgent Spirit on the rise 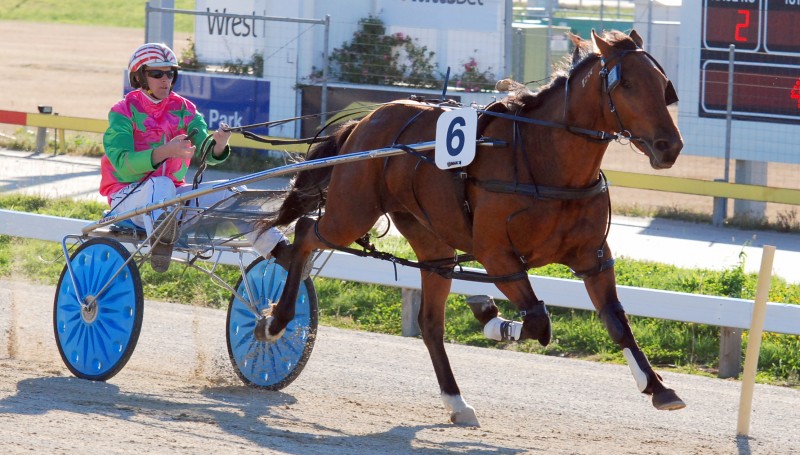 WHEN talented pacing mare Resurgent Star had to be retired through injury her owner-breeder Roger Whitmore hoped to breed one from her that would deliver on the racetrack.

In Hobart on Sunday night his dream was realised when the mare’s first foal Resurgent Spirit scored an emphatic win in the $10,000 2YO Youthful Stakes over 1609 metres at Tattersall’s Park in Hobart.

Resurgent Spirit ($4.00) won on debut last month but on Sunday night the bay gelding by American Ideal faced the breeze for the duration but made light of the task and went on to score by almost three metres from Rusty Red Comet ($5.70) with the odds-on favourite Jazzy Jane ($1.60) almost five metres away third.

Driver James Austin was content to sit his charge outside of the leader Strange Conduct and when he called on the powerfully built gelding to extend in the home straight he forged clear and put the end result beyond doubt half-way to the finishing post.

Resurgent Spirit clocked a mile rate of 2m.01.88s and ran home his last half-mile Whitmore was ecstatic after the race and declared his two-year-old had the potential to go all the way.

Listen to what trainer-breeder Roger Whitmore had to say about Resurgent Spirit’s latest win – CLICK HERE.