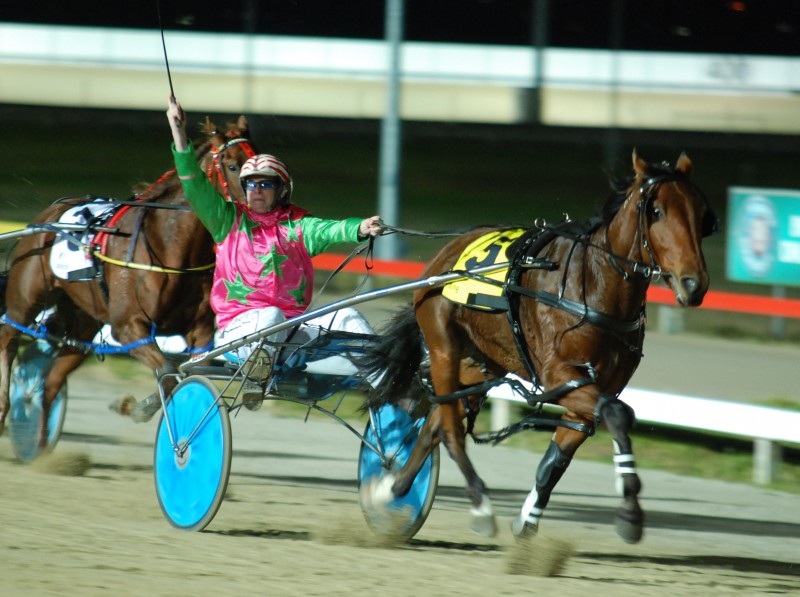 CLASSY two-year-old pacer Resurgent Spirit proved he is the real deal with an emphatic win in the $16,000 Big Park Stud colts and Geldings Sweepstakes final over 1609 metres at Tattersall’s Park in Hobart last night.

Resurgent Spirit went into the race unbeaten from five starts but some doubters suggested he still had a bit to prove to warrant star status.

But he rendered his doubters speechless when he faced the breeze for most of the race but made light of the task to go on and score by almost six metres from race leader Rusty red Comet with outsider Iden Mister Ed four metres away third and just ahead of Ercole.

Resurgent Spirit (American Ideal-Resurgent Star), owned by his trainer-breeder Roger Whitmore in partnership with Bradley and Renee Chaplin, is one of the shortest priced favourites in the race’s history paying $1.10 the win and money back the place ($1).

“To own a winner of any feature race is great but when you are the breeder as well it makes it extra special,” Whitmore said.

“This horse has just gone about his business from day one and to be unbeaten from six starts it just amazing stuff and he really is the horse everyone dreams of owning,” he said.

Resurgent Spirit has taken all before him this season with this his third feature race win having been successful in the Youthful Stakes at only his second start and the Golden Slipper in Launceston at his first look at the circuit.

Resurgent Spirit has been driven at all of his starts by James Austin who celebrated his first Sweepstakes win.

“I’ve said all along that this two-year-old is the real deal and he definitely proved it tonight,” Austin said.

“I have never had to pull the plugs (ear deafeners) he is that good.”

“I’ve driven some very good two-year-olds but this one is clearly the best,” he said.

Whitmore said he will give Resurgent Spirit a short spell and bring him back to tackle the Dandy Patch (sires stakes) series in June-July.