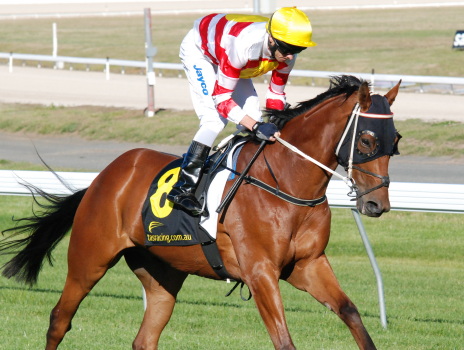 LONGFORD trainer Ken Hanson is hoping his former classy two-year-old Shinto can emerge from his first-up appearance in almost a year with a clean bill of health.

Shinto resumes from an injury-enforced spell in a Benchmark 68 Handicap over 1100 metes at Tattersall’s Park in Hobart on Sunday.

The gelding was forced off the scene with a tendon injury and Hanson wanted to give the gelded son of Al Samer plenty of time to recover.

He has been back in work for about three months and the trainer is quietly confident he can make an impact at his first start since July 15 last year.

Shinto had eight starts for two wins and two minor placings last season and all of those came from his last four starts with the wins at his most recent outings.

Hanson also will saddle up Tiger Khan in the benchmark 68 Handicap over 2080 metres (race 9) in which the gelding will need to show something otherwise he might be discharged from the stable.

Listen to what trainer Ken Hanson had to say about his two runners at Tattersall’s Park on Sunday – click here .