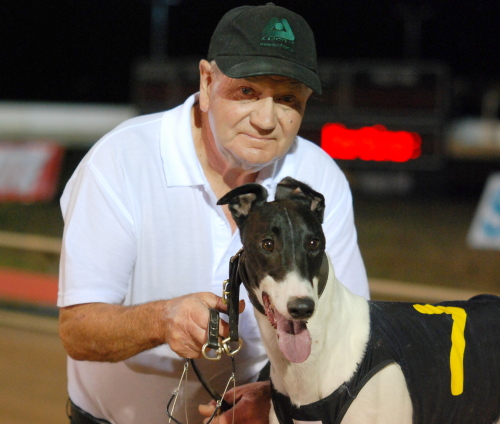 The white and black son of Collide and Ricky’s Angel has won 52 of his 67 starts with 19 of those wins at Devonport from 28 outings.

Last week he led all the way from box two, recording 25.64 but today he wears the red vest and that should ensure a win if he shows his usual brilliance from the boxes.

Brighton trainer Mick Stringer has many winning chances on the card.

Battek Boss will be very popular in race three while Off To Lords in race five is in great form and will be very short despite an awkward draw.

Dins Harvey and Hindsight are the form runners in race eight although neither is well drawn. Stringer will finish off the day with Yappin Jack as an odds-on favourite in the last.