Rewind set to win his way into Launceston Cup final 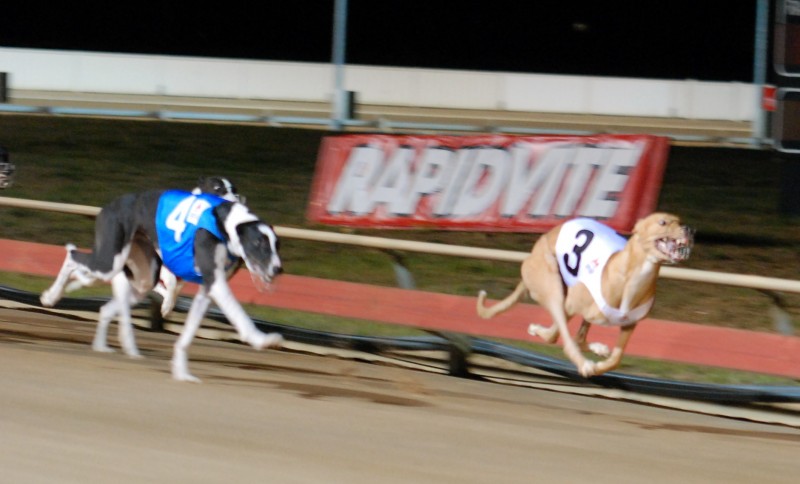 Bate, Victoria’s top trainer, has a starter in each of the eight heats while Hunt has two runners.

They are here with runners that will be trying to quaoify for the chance to go up against Tasmania’s best greyhound for many years in Rewind.

Trained at Bracknell by veteran trainer Maurie Strickland, Rewind has by far the best credentials of all the runners in the heats.

He has won 49 of his 80 starts and $209,000 in stakemoney along with 22 minor placings and he would only need to step cleanly from box six in the first of eight heats (race three) to win his way to next week’s final.

Peter Hunt has Pop’s Max (32 starts – 16 wins) and Gold Town (26-7) as his two representatives with Pop’s Max strating from box one in race six and Gold Town fro the same box in race eight (heat 6).

The Tasmanian runners are sure to make it difficult for the interstate invaders.

The Ricky Ponting owned Rumbling Rick trained at Newnham by Dale Hammersley was ultra impressive last start on this track winning in a slick 29.58 from box eight and should go close again tonight from the same box in race 10 (heat 8).

His main danger is Rob Pines from the Ted Medhurst kennel which has been set especially for this event and he is drawn  ideally in box one.

The best bet of the night appears to be the Mick Stringer-trained Paua of Darkness in race four.   He scored a brilliant win in the 600m Championship last week at this venue and goes into tonight’s race full of confidence despite dropping back in distance.