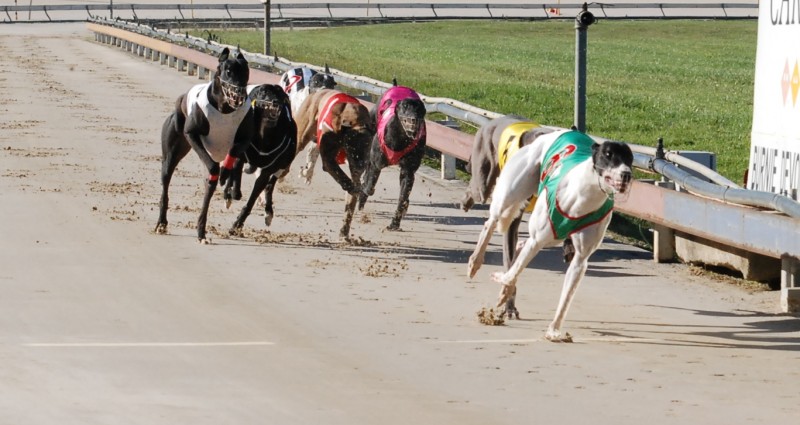 Rewind notched his 55th win in an invitation grade event over 452 metres to eclipse the previous best of 54 wins set by Tasmanian Greyhound Hall of Fame inductee Valiant Spirit over almost five years from 1956 to 1961.

Rewind has just turned four and his record is unrivaled by today’s standards.

The Morris Strickland-trained dog has become an icon and his record on the Hobart and Devonport U-bend tracks are testament to his greatness.

In Hobart he has won 19 from 26 starts and has finished no further back than second.

His latest win was last Thursday night when he outgunned top field that included the apparent heir to his throne in Nicholas Jack from the Ted Medhurst kennel.

He was runner-up to Blackalls Boss last year and in 2011 he was beaten a nose in a photo finish to Dyna Tron that was a multiple Group 1 winner that season and was named Australian Greyhound of the Year.

Rewind record around the Hobart track is amazing but his Devonport track record is as impressive as he has won 22 times from 31 starts and notched six minor placings.

His record on the circle track in Launceston is not as impressive but he has won his share of races and has been placed in an Illingworth Classic and Launceston Cup.

Most pundits rate Rewind as one of Tasmania’s best three chasers of the past five decades along with True Vintage and MysteryBridge that are both Hall of Fame inductees.