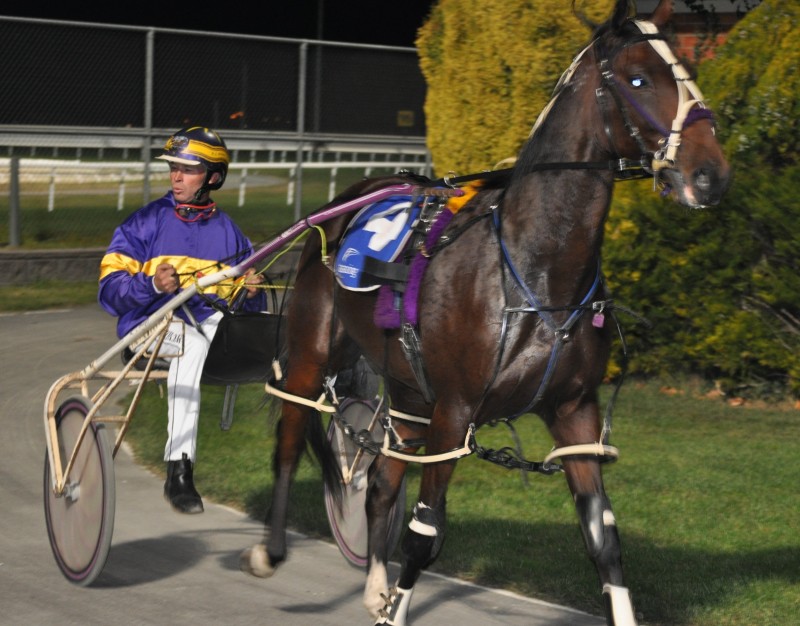 THE win of debutante two-year-old pacer Ryley Major at The TOTE Racing Centre in Launceston on Sunday night came as no surprise to his harness racing owner-trainer Rohan Hillier.

Ryley Major is the first foal of Hiller’s former star two and three-year-old filly Shez Ryleymak that went on to win 23 races and almost $300,000 in prize money including a Tasmanian Oaks and a $100,000 Group 1 Vicbred 2YO fillies final Classic.

Shez Ryleymak also was named Tasmanian horse of the year at two and three years of age.

“This win certainly didn’t surprise me because he’s so well bred and I would have been disappointed had he turned out to be no good,” Hillier said.

The gelding by Art Major recorded a mile rate of 1.59.4 and he ran home his last 800 metres in a slick 59.5 seconds which was what the trainer was expecting.

Ryley Major is being aimed at the $20,000 2YO Sweepstakes series of which the final will be held in Hobart on May 17 and he will then target the Dandy Patch (stallion stakes) in July.

Hillier also has an opinion of the runner-up.

“Soho Shanghai is also a nice horse but he’s more of a stayer and doesn’t have the speed of Ryley Major,” he said.