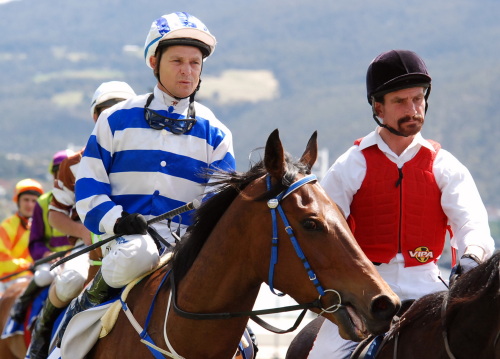 IT takes a good type of horse to win on debut and at Tattersall’s Park on Sunday the first four races were taken out by gallopers facing the starter for the first time.

One of the quartet of first-start winners was Good Boy Robert that had his share of issues before finally making it to the races.

The four-year-old gelding, prepared by multi premiership-winning trainer Charlie Goggin, showed good early speed to lead and when challenged turning for home he treated his rivals with contempt as he forged clear to go on and score by almost five lengths from Combiani with Speedo Zap almost a length away third.

Good Boy Robert (Savoire Vivre-My Ukulele Lady) was bred by Runnymede Stud and not offered for sale as a yearling.

He is raced by Runnymede Racing and Breeding Pty Ltd that is managed by the trainer’s wife Lindy Goggin.

The gelding was broken in by Luella Goggin who is her father’s stable foreman.

“This horse has been very much a work in progress,” Luella Goggin said.

“He’s been a real handful for some time but it is really pleasing to see him come to the races for the first time and do everything right and that’s often the sign of a good horse.”

The other first-starters to win on debut were Highland Lassie for the David and Scott Brinton stable, Kylie’s Run for George Blacker and two-year-old Triple Asset for Wesley Vale trainer John Keys.