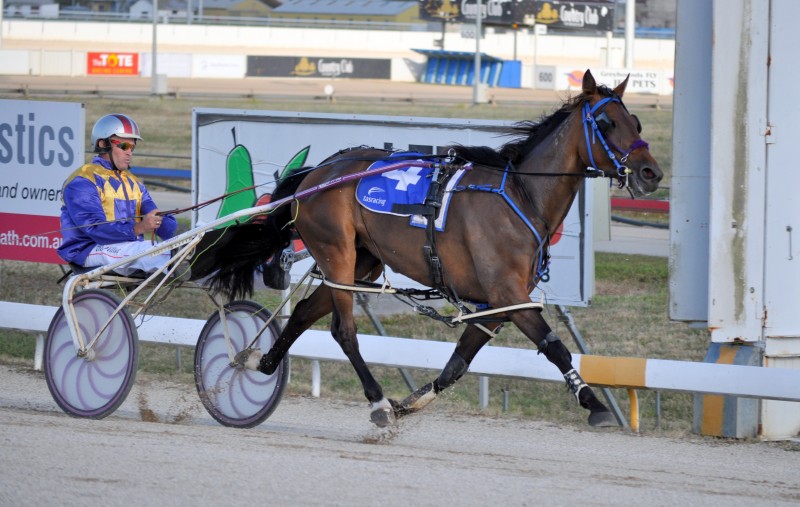 TWIN brothers Rohan and Troy Hillier have always been competitive, especially when it comes to their sport.

So when Troy took over the training of Robyn Scherbotsky from his brother at the start of the season it was going to come as no surprise if Troy fired a brotherly barb at Rohan about how he had improved the horse if it won a race.

In Launceston last Sunday night Robyn Scherbotsky led throughout to score an effortless win in a heat of the Harry Holgate Memorial over 2200 metres.

With Troy in the sulky the four-year-old mare had no trouble finding the front and she was never seriously challenged, going on to score by over seven metres from Frankie Falzoni and I’ve Got Oomph.

“She’s definitely improved since I took over the training of this mare,” Troy said wearing a wry smile.

“She did it well and a front row draw would make her hard to beat in the final,” he said.

Robyn Scherbotsky has been officially prepared by Troy for five starts, comprising two wins, two seconds and a fifth.

However, this latest win has caused a bit of friction in the family according to Rohan.

“I don’t mind Troy having a bit of fun with his comments but he’s been down at Bicheno sun bathing this past week so I need a bit of credit for the mare’s latest win,” Rohan said.

Robyn Scherbotsky was bred by the Nevele R Stud in New Zealand, being by McArdle from the Holmes Hanover mare Reincarnation.

She began her career in Tasmania in May 2013 but she didn’t notch her first win until April this year at start number 11.

The other Harry Holgate Memorial heat was won by the Barrie Rattray-trained Who Is Hardeen that also led throughout.

Who is Hardeen is a promising type that has amassed seven wins and nine minor placings from 28 starts.