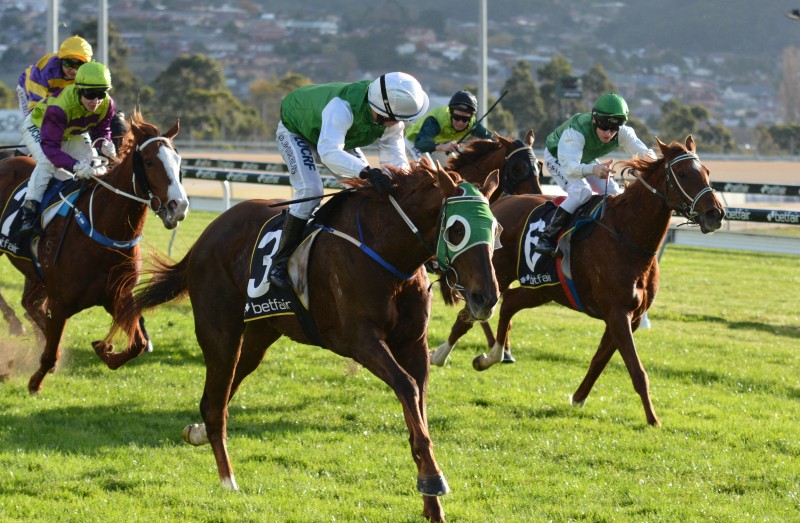 QUALITY mare Rose of Innocence registered her fifth win in succession when she outgunned a quality field in the Canteen Cup over 1600 metres at Tattersall’s Park in Hobart last Sunday.

Since being transferred into the care of premier trainer Scott Brunton the lightly raced six-year-old mare has gone from strength to strength since winning at big odds at her first start for the stable under lights in Launceston in January.

Rose of Innocence had won two races for her owner Frank Morgan before he made a wise decision to send her to Brunton’s Seven Mile Beach training complex.

Scott Brunton wasn’t at Tattersall’s Park to see her latest effort as he is in Melbourne preparing his stable star Banca Mo for a trip to Queensland but his father David was on hand and he gave the mare a glowing report.

“This mare has done a marvellous job since she arrived at our stable and she looks better every time we bring her to the races,” David Brunton said.

“We don’t do anything special with her just vary what she does each week and that seems to be the only secret to her latest success.”

“She’s just been a great acquisition for the stable,” he said.