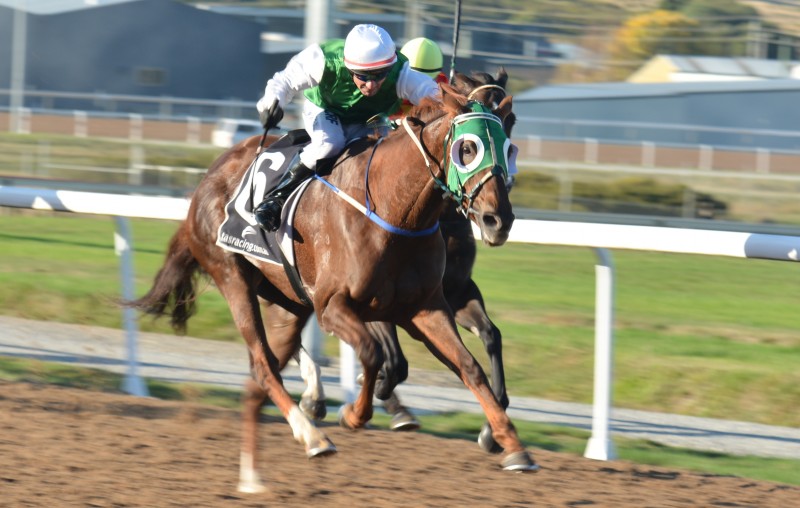 PREMIER trainer Scott Brunton’s much improved mare Rose of Innocence extended her winning sequence at Spreyton yesterday where she recorded an effortless win in the Easter Cup over 1880 metres.

Since joining Brunton’s stable Rose of Innocence is unbeaten from four starts with this latest effort her most impressive.

With number one stable rider David Pires aboard, Rose of Innocence settled fourth in the small field of seven and was always travelling comfortably while Hell Strong set a solid pace.

The top weight Second Dozen forged to the lead turning for home and kicked three lengths clear but when Pires called on Rose of Innocence for the supreme effort she quickly hauled in the leader and went on to score by five lengths from the much improved mare Queen of Eight with Second Dozen a close-up third.

“I have liked this mare from her first trial for me and it’s been an amazing ride ever since,” Brunton said.

Listen to what trainer Scott Brunton had to say about Rose of Innocence’s latest win.