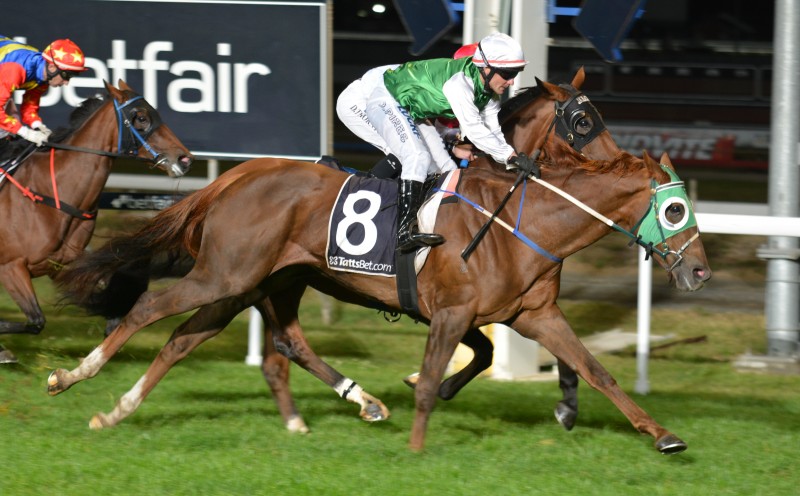 A CHANGE of trainer and a move to the serenity of the pines and beach environment of Seven Mile Beach at Scott Brunton’s training complex have worked wonders for well bred mare Rose of Innocence, evidenced by her making it three wins in succession at The TOTE Racing Centre in Launceston last night.

Rose of Innocence had not started for over a year when she had her first start for Brunton but she was backed off the map and duly won the race by a very comfortable margin in a B62 in Launceston.

She followed up with another impressive win over 1600m in similar company but last night she was racing well out of her trade but it made no difference.

With David Pires aboard, the daughter of Mr Innocent showed early speed to be in the leading group before the rider eased to take a trail on the rails.

When the leaders formed a line of three and kicked away turning for home it looked for a fleeting moment as if Rose of Innocence might not be a contender.

But she knuckled down to her task and hit the line powerfully to defeat Smoke ‘N’ Whisky by a head with race leader Finalaregee over a length away third.

“His mare has come on in leaps and bounds since she’s been with Scott (Brunton) and every time the bar is raised she steps up and delivers,” Pires said.

“She is in a very good place mentally down at Seven Mile Beach with so many different tracks and trails we can take her on it makes her work varied and it keeps her happy and that shows on race night,” he said.

Rose of Innocence was racing out of her class in the BM72 but the way she delivered at the business end of the race suggests there are more wins in store in the coming weeks.