Rose Of Scotland “Primed” for another campaign in Tasmania 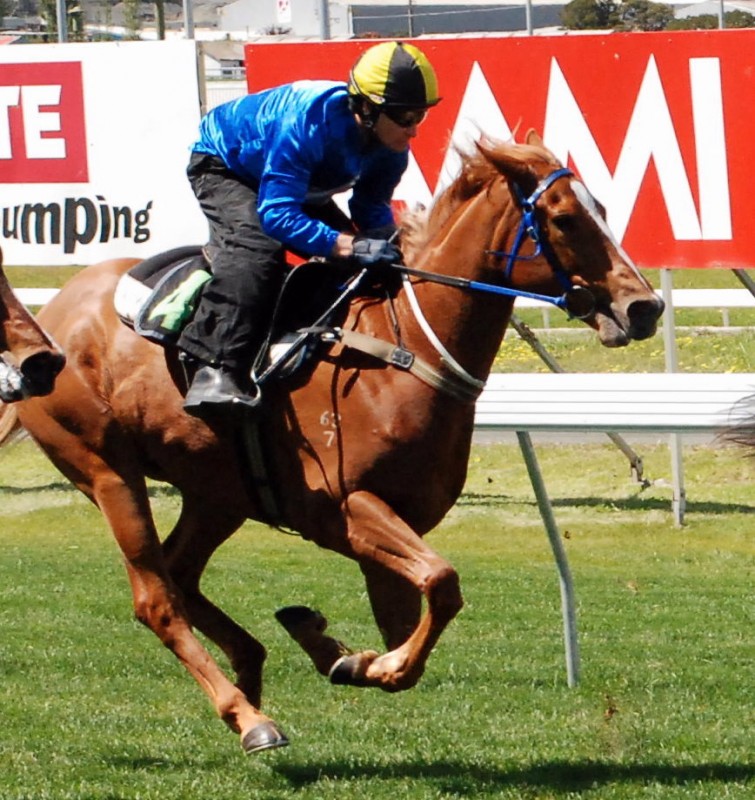 PRIME Thoroughbreds has been racing horses in Tasmania with success for a number of years so it should come as no surprise that the syndicator’s managing director Joe O’Neill has high hopes of adding to Prime’s already long lists of feature race wins.

O’Neill delivered some new stock to his Tasmania trainer Charlie Goggin, who now has a training partnership with his daughter Luella Meaburn.

O’Neill also is bringing one of his former smart two-year-olds Rose Of Scotland back to Tasmania for a crack at the weight-for-age Group 3 $150,000 Bow Mistress Stakes for fillies and mares over 1200 metres in Hobart on February 3.

Rose Of Scotland won the 2yo magic Millions in Launceston and went to South Australia where she was very competitive in a Group 2yo race.

And one of Australia’s best jockeys Hugh Bowman has been booked to ride the mare that is now trained by Kris Lees.

“I’m looking forward to Rose Of Scotland coming back to race in Tasmania because she has been in great form and the Bow Mistress is a race we have had in mind for some time,” O’Neill said.

Goggin is set to further enhance his already considerable success with Prime Thoroughbreds this season and O’Neill regards him as one of the best mentors in Australia.

“Charlie (Goggin) is a very professional and talented conditioner of horses and he has been our Tasmanian trainer since 2006,” he said.

About two years ago Goggin opted to scale back his training operation and now trains for a small group of long term clients from his training base at Runnymede about 30 minutes from Hobart.
He has 15 to 20 horses in work at any time on his training complex, based on a 2,500 acre property, which is an idyllic setting to train racehorses.
Goggin has been the leading trainer in Tasmania for most of the past twenty years with 13 premierships to his credit and he was an inaugural inductee into the Tasmanian racing Hall of Fame.

“Charlie won the 2008-09 Tasmanian Trainers’ Premiership and while he now only has a small team of horses in work is second on the 2012-13 premiership,” O’Neill said.
“We have had remarkable success with Charlie training our horses. In total I have syndicated 27 horses to race in Tasmania.”

“Charlie has managed to get 26 to the races with 19 have won. Three of these horses yet to win a race – Hot To Trot, On Toast and Hoop – are still in our racing team.
“Since we had our first runner in 2007, we have consistently raced some of the best horses in Tasmania.”

“These horses were not expensive purchases. They have done a great job for us and are a terrific advertisement for our selection processes as well as Charlie and Leuella’s training prowess,” he said.

“I currently have 10 horses on the books with Charlie made up of one five-year-old, four four-year-olds, three three-year-olds and two two-year-olds.
“I have been thrilled with Charlie’s contribution to Prime Thoroughbreds and look forward to our association continuing,” he said.