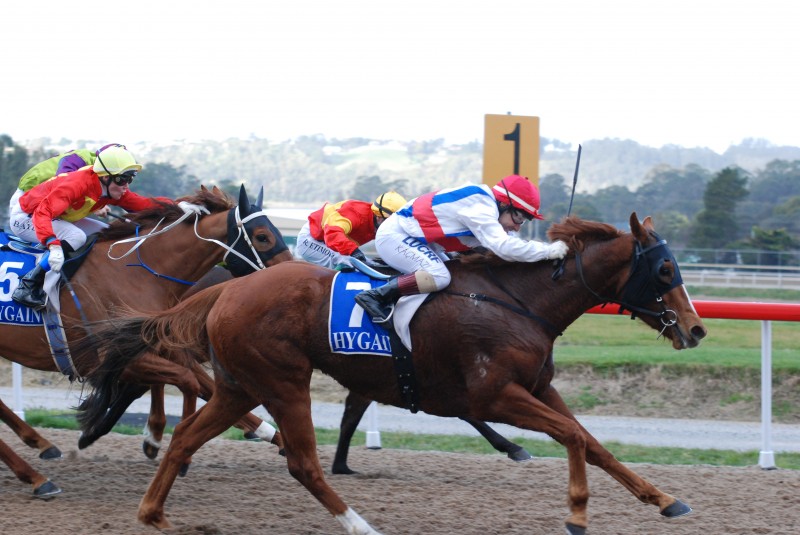 LIGHTLY raced five-year-old mare Royal Bluff delivered another knock-out blow to punters at Spreyton last Saturday but her victory should not have come as a surprise given the ease with which she won at the same venue at her previous outing.

Royal Bluff showed good early speed to lead and despite running up the track in the home straight she fought on gamely to defeat Magnetic Queen (Jake Bayliss) by a long neck.

The mare has now won two and been placed three times from only 19 starts.

Bayliss fired in a protest claiming Royal Bluff’s rider Erhan Kacmaz had allowed his mount to take Magnetic Queen’s running 200 metres out that forced him to switch course which in turn had allegedly cost him the race.

However after lengthy deliberation stewards thought otherwise and dismissed the objection.

Royal Bluff’s trainer Glenn Stevenson was relieved after the protest was dismissed.

“The longer the protest hearing went the worse I was feeling but it all worked out well in the end,” Stevenson said.

Royal Bluff had been struggling to make an impact at the races before her previous outing.

“This mare has all of a sudden started to do a few things right in her races and her effort on the training track also has lifted,” Stevenson said.

“While she is in this frame of mind and racing in her right grade she will be competitive,” he said.