Royal Rapture to be aimed at Devonport Cup 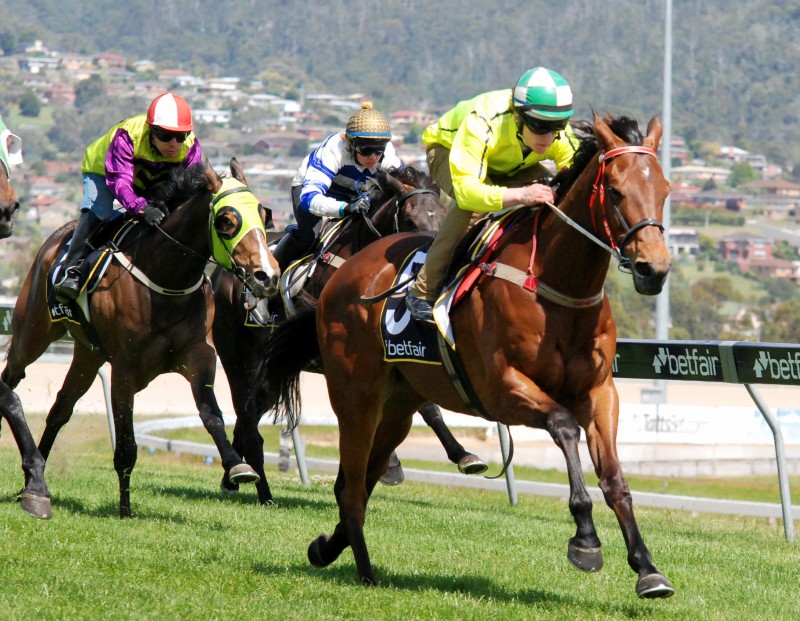 PREMIER trainer Scott Brunton revealed his long range plan for Royal Rapture after the gelding scored an effortless win in a trial over 90 metres at Tattersall’s Park in Hobart today.

Royal Rapture’s main target will be the $100,000 Devonport Cup to be run over 1880 metres on the synthetic surface at Spreyton on January 7.

But his first start this time in will be in the state’s premier sprint, the Newmarket handicap (1200m) under lights in Launceston on December 03.

“This is a very good horse that hopefully will realise his full potential this time in,” Brunton said after the gelding won his trial today.

“The Devonport Cup is his main goal because is a Devonport track specialist and winning this season’s race will be a fitting result because he was very unlucky not to have won the race this year,” he said.

Royal Rapture has won six and been placed nine times from 20 starts for $100,000 in stakes.

While the Newmarket is a winnable race for Royal Rapture, Brunton is likely to nominate another four of his stable tenants for the race comprising Hellova Street, Havana Stash, Banca Mo and Payteevee.

Banca Mo will trial in Hobart in a fortnight and Payteevee is a newcomer to the stable having come from Queensland where he won the Cairns Cup (2100m) at his most recent outing on August 10 on the back of winning the Townsville Cup over the same distance two weeks earlier.