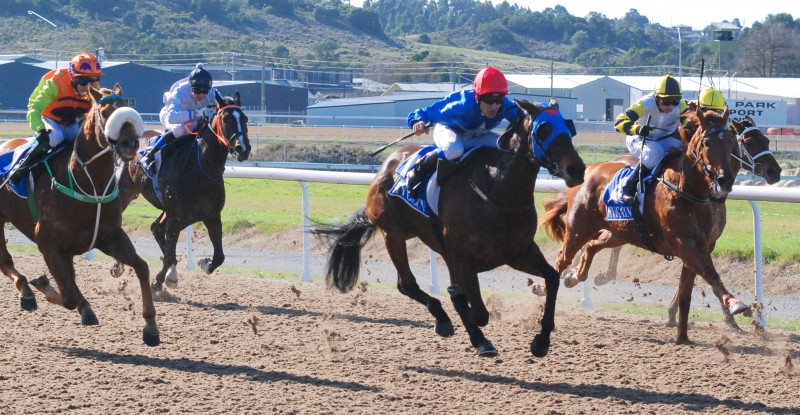 Well-bred filly Rumeron made a bold return to racing with a last stride win in the Nags Head Tavern 3YO and Upward Maiden Plate over 900 metres at Devonport today.

Rumeron showed promise last season finishing a game second to Lustica in the Tasmanian Magic Millions 2YO Classic after which her co-trainers Charlie Goggin and Luella Meaburn declared she would most likely be better when she gets over more ground.

Yesterday apprentice Ismail Toker allowed the filly to settle back in the field to race in her comfort zone and he called on the filly to make her move 500 metres from home.

Little May ($5.50) found the lead turning for home from race leader and favourite Scrivette ($3.20) and they looked set to fight it out.

But under strong riding from Toker, Rumeron eventually ran them down and hit the line with a half-head to spare over Little May with Scrivette over a length away third.

“This filly showed good potential last time in and I always believed she would make the grade once she got out to 1600 metres and beyond,” Goggin said.

“Ismail (Toker) rode her really well today because he allowed her to be where she was comfortable and he kept at her from the 600-metre peg:”

“She is only a lightly framed filly so I would expect her to maybe have one more start and then be tipped out for a spell because I don’t want to over tax her,” he said.