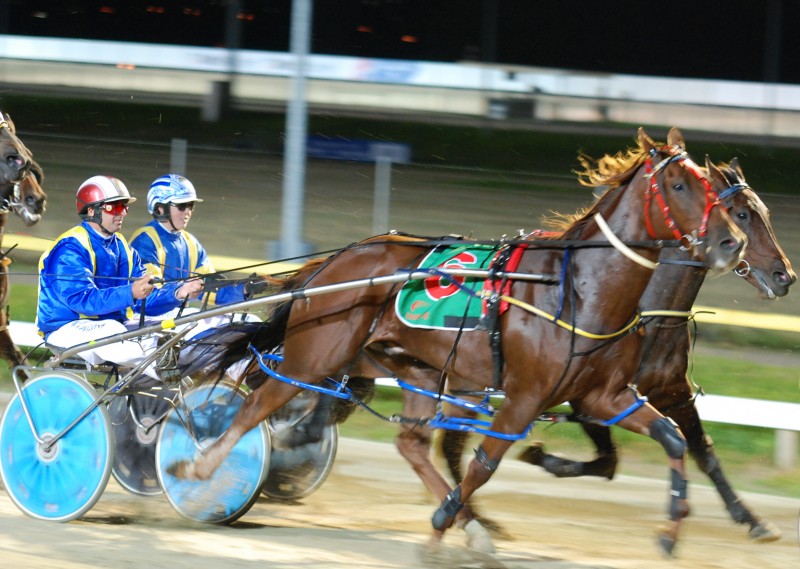 TWO-YEAR-OLD pacer Rusty Red Comet tuned up for the upcoming Big Park Stud Sweepstakes series next month with an impressive win in the Tattsbet 2YO Pace over 1609 metres at Tattersall’s Park in Hobart last Sunday night.

Rusty Red Comet (Riverboat King-Ima Bartgirl) faced the breeze outside of the leader Sweet Pea Jasper to the home turn but when driver Ricky Duggan called on the gelding to extend he quickly forged to the lead and went on to score by almost six metres from Sweet Pea Jester with Augusta Mission 1.2 metres away third.

The Eric Jacobson-trained gelding is owned by his breeders Sue Gangell and her son Scott.

It was Rusty Red Comet’s first win from seven starts but he had been placed in each of his previous six starts.

Jacobson was pleased with the way the two-year-old went about winning his first race, especially considering he faced the breeze from the outset.