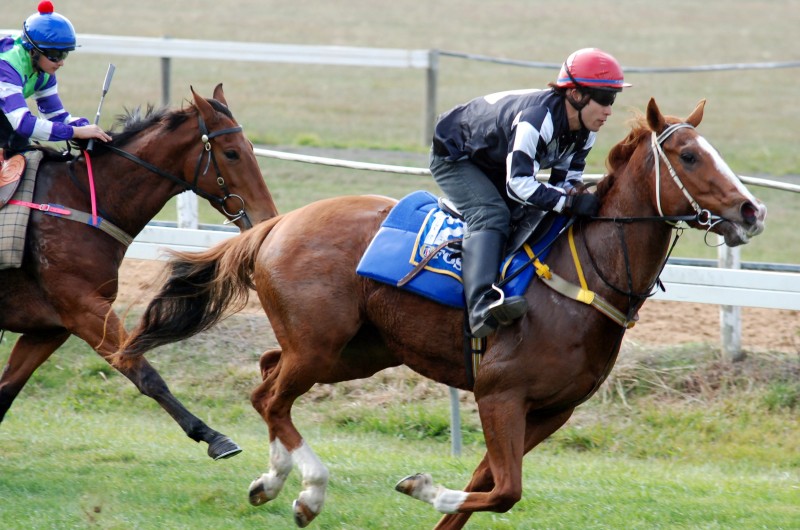 LONGFORD thoroughbred trainer Bill Ryan has been extremely frustrated by his three-year-old filly Chinese Medicine but at the trials on his home track this morning she repaid her mentor for his patience.

Chinese Medicine won her trial over 700 metres scoring from the experienced Maggie’s Pal from the Nigel Schuuring stable.

Chinese Medicine is owned by the trainer’s wife Mary Ryan and heir daughter Monica Ryan and it has been Monica who has spent countess hours working with the filly to try and improve her manners.

Chinese Medicine was building a reputation as a barrier rogue as well as growing some other vices but she was more settled as she made her way to the barriers today and was in her best behavior at the barriers.

Listen to hat trainer Bill Ryan had to say about Chinese Medicine after she won her trial at Longford this morning – CLICK HERE.