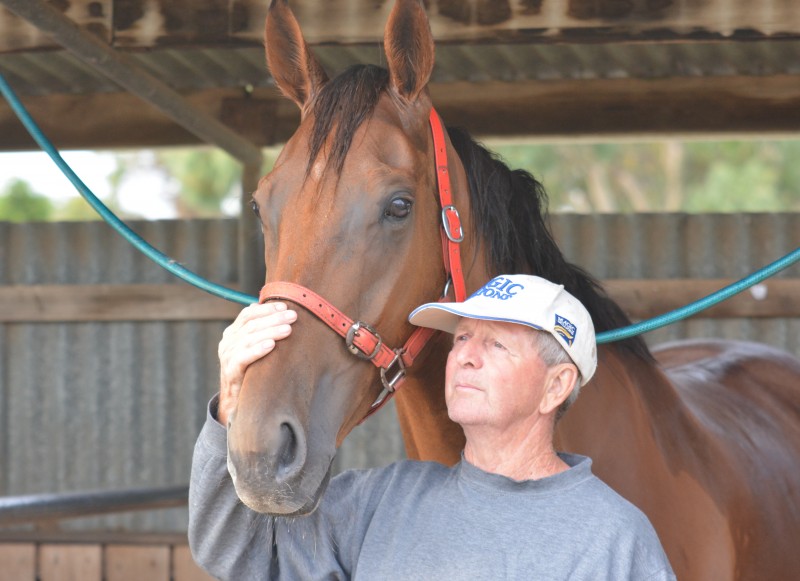 Longford trainer Bill Ryan believes he has his best chance to notch his first win in the $225,000 Group 3 Betfair Launceston Cup with two of his star stayers Genuine Lad ($3.20) and $18 outsider Iggimacool.

Genuine Lad is the favourite but he has finished second at his past three starts including the Devonport Cup, Summer Cup and Hobart Cup but those missed opportunities have resulted in a change of rider.

Anthony Darmanin has been replaced by internationally acclaimed rider Craig Williams who partnered the Mick Kent-trained Epingle to victory in the Hobart and Launceston cups last year.

“The owners wanted a change so we went for Craig Williams and he was quick to accept the ride when it was offered,” Ryan said.

“Craig is a top class rider who knows how to win the big races so the owners are quite pleased that he is on board tomorrow,” he said.

Darmanin may have lost the ride on the race favourite but he was booked for Genuine Lad’s stablemate Iggimacool that finished behind the placegetters in the Hobart Cup.

Ryan was upbeat about her chances tomorrow after she worked with Genuine Lad in a track gallop last Saturday.

“It has been well documented that Iggimacool had that leg injury that cost her a full week’s work going into the Summer Cup and she was underdone in the Hobart Cup but she beat Genuine Lad fair and square in a track gallop the other day,” Ryan said.

“I’ve had her bloods done and I’m pleased to say she is spot on for tomorrow’s race and there is no horse in that race with a better finishing sprint,” he said.

Banca Mo has been doing everything right since his game third in the Hobart Cup.

While all the media attention has been on Geegees Blackflash and Genuine Lad, Banca Mo’s trainer Scott Brunton has been cruising in the background confident his star stayer can give him his second Launceston Cup.

Brunton won with Prevailing three years ago when he shared a training partnership with his father David.