Ryan’s prediction could be realised in Betfair Hobart Cup 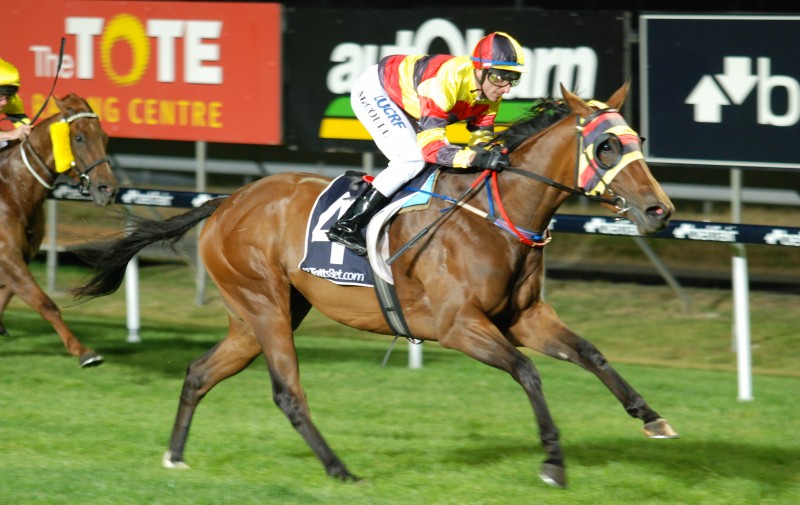 ABOUT a year ago Longford trainer Bill Ryan predicted he could have two serious Hobart and Launceston Cup contenders in 2015 in his star three-year-old filly Iggimacool and a promising young stayer Genuine Lad.

At Tattersall’s Park in Hobart tomorrow (Monday) both horses will line up in the $225,000 Betfair Hobart Cup and if the market is any guide he has a real chance of snaring the quinella in the Group 3 event over 2400 metres.

Genuine Lad has not won this preparation but he has finished second in three serious lead-up races to the Hobart Cup including second to Lander Dollar in the Devonport Cup and two weeks ago he was beaten by the narrowest of margins by Geegees Blackflash in the weight-for-age Summer Cup.

Iggimacool was last season’s best three-year-old taking out the Thousand Guineas and the Tasmanian Oaks (2100m) with consummate ease.

Iggimacool showed she had come back better than ever when she powered home to win the $100,000 weight-for-age Kevin Sharkie over 1600 metres in Launceston on New Year’s Eve.

The mare was cruising along but her campaign hit a snag when she struck herself during a trial at Longford which led to her missing almost a week’s work.

She went into the Summer Cup underdone but last week she produced her best piece of trackwork this time in so Ryan is confident she will be capable of producing her best tomorrow.

Multiple premiership jockey Brendon McCoull will ride Iggimacool despite her carrying the near minimum weight of 54.5 kilograms.

McCoull usually struggles to rode at 55.5 but he promised Ryan he would get down to the required weight for the Cup ride.

Anthony Darmanin will partner Genuine Lad and he all but declared the gelding to win the Cup after he was beaten narrowly by Geegees Blackflash in the Summer Cup.

Genuine Lad carried 58 kg at weight-for-age in the Summer Cup but will drop to the minimum of 54kg in the Cup while Geegees Blackflash will have to lug 59kg.

Listen to what trainer Bill Ryan had to say about his two Betfair Hobart Cup chances Genuine Lad and Iggimacool.