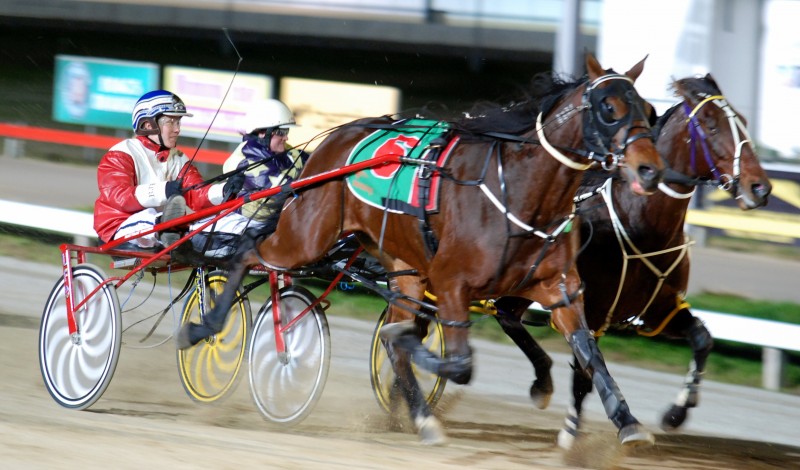 RYKOV LEIS continued on his winning way in Launceston on Sunday night to confirm his status as a genuine Globe Derby prospect.

The Barrie Rattray-trained gelding showed brilliant gate speed to lead and after enjoying a soft run in front for the first half of the race he had little trouble staving off challenges in the home straight the last time to record a comfortable win.

Rykov Leis hit the line a metre clear of Birdies Best with Punt Road Disco almost two metres astern and just in advance of outsider Art Edition that trailed the leader and never saw daylight at any stage in the home straight.

Rykov Leis has won his past three and he was placed at his only other three starts this time in.

The trainer said Rykov Leis went amiss late last year after a couple of minor placings in Launceston in November.

“We had to miss the good races (3YO Championship and Tasmanian Derby) but the break did him the world of good and he has come back and delivered pretty much what we expected of him,” the trainer said.

Rykov Leis was driven by James Rattray who ensured his charge was not overtaxed in the lead and when he called on the three-year-old to extend turning for home he sprinted clear and was not over extended to win the race.

Rykov Leis (Art Major-Kazakova Leis) is one of the most consistent three-year-old pacers in Tasmania with six career wins and he has never missed a place from his 16 starts.

The Globe Derby (Sires Stakes) heats will be run in Launceston next Sunday night with the final at the same venue two weeks later.