Safe Prospect lucky to be alive 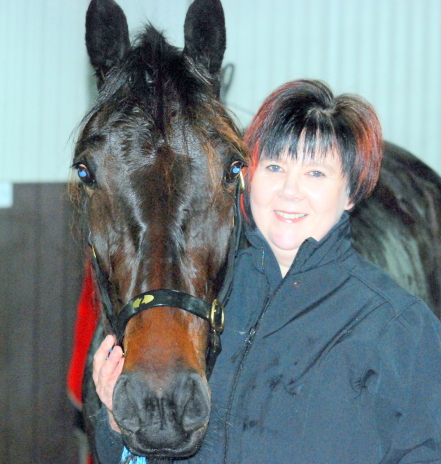 WHEN well bred three-year-old pacer Safe Prospect charged home at Tattersall’s Park on Sunday night to register his third win in succession few were aware that the gelding is lucky to be alive let alone winning races.

Safe Prospect scored arguably his most impressive win when he came from just worse than midfield to score a runaway victory over Brezhnev Leis and Just Dance Baby in the Glenorchy RSL Stakes (C0) over 2090 metres.

The Doug McKillop-owned and bred gelding notched a mile rate of 1m.59.7sec, which is the first time he has bettered a rate of two minutes.

Trainer Bill Dornauf and his wife Sonia shared a 24-hour vigil over the colt to ensure the foal received enough nourishment to keep him alive.

The foal lay on the stable floor for three days being fed from a bottle filled with milk that Sonia had extracted from his mother who had refused to bond with her new born colt.

Further complications arose during the eight weeks that the mother, She’s An Atom, refused to accept the foal but eventually she came around and for the ensuing few months the foal was raised normally by his mother.

Because Mrs. Dornauf had spent too much time with the foal he became quite attached to her and that remains evident to this day.

While he was being unhitched in the stripping stall last Sunday night he became agitated by the media representatives that surrounded him and the trainer.

But when Sonia stepped in he immediately calmed down and stood as still as a post while the cameras flashed and the racing writer fired questions at the trainer and his wife.

Listen to what Sonia Dornauf had to say about Safe Prospect – click here.