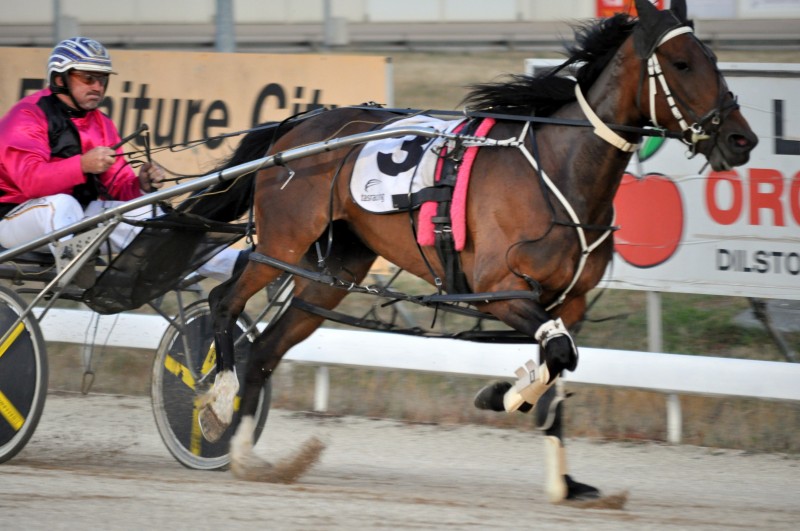 THE optimistic people of this world have a way of putting a positive spin on even the most negatives situation and for harness racing breeders Lyndon and Gail Menegon that certainly was the case with a filly they took to the yearling sale four years ago.

The Menegons offered a striking filly by J R Mint at the 2011 sale but she never drew a bid, much to the surprise of the filly’s breeders.

They took the filly home and decided to send her to a trainer for assessment.

“We took her home from the sale thinking there must bee something wrong with her even though I was very confident there wasn’t,” Lyndon Menegon said.

“A bit later on I asked trainer Grant Hodges to take her home and try her – and we haven’t looked back since.”

In Launceston on Sunday night that now five-year-old mare El Jays Magic scored an emphatic win in the prestigious $10,000 Shirley Martin Mother of Pearl over 2200 metres.

It was El Jay Magic’s ninth win from 23 starts which is outstanding considering she never started racing until her late three-year-old season.

She has also notched 10 minor placings, finishing out of the money only four times which includes one instance where she failed to finish.

This latest win signaled her arrival as a serious contender for the state’s best mares’ race, the George Johnson, to be run in Hobart later this month.

Hodges believes the mare’s best is yet to come.

“She is a strong and versatile mare that does extremely well for her size,” Hodges said.

“She is good when she leads but she also is a very capable sit and sprint horse.”

“When she’s in front at home nothing else in the stable can get around her,” he said.