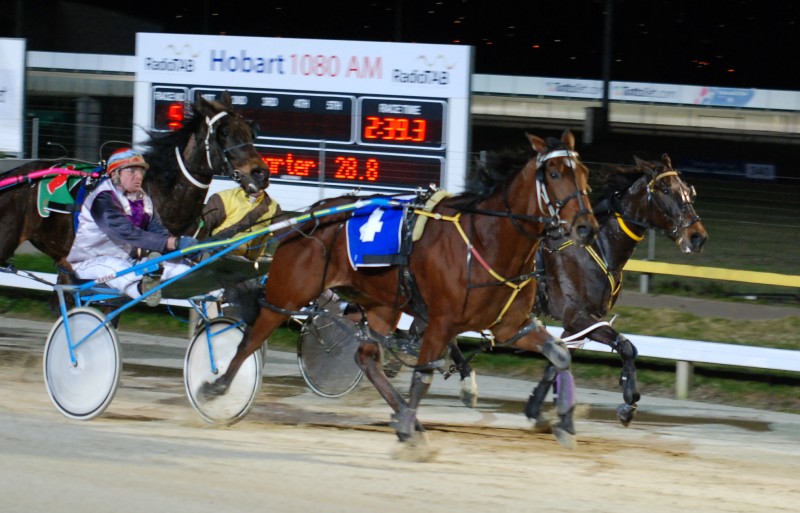 Aninchofhislife still needs to improve his class rating to qualify for a start in the Hobart Cup but Salter is supremely confident the son of Red River Hanover is capable of more wins in the meantime.

“This horse has been very consistent and has been a good money-spinner so he deserves his chance at a feature race,” Salter said.

“He still needs to win another race to qualify for the Hobart Cup but I have no doubts he can win again and it will be sooner than later.”

“He’s been a consistent horse but he also been a bit unlucky at times,” he said.

Aninchofhislife was urged to make the most of his pole position draw and it was the trainer’s intent to go all out for the lead.

“I’ve been handing up on him but I thought if I led in this race he might get an easy time in front.”

“There was no standout in the field – they were just an even lot.”

“He got an easy quarter but when he needed to be strong he delivered and in the end it was quite a convincing win,” he said.

“Drifting West got better with age and it’s been much the same with this horse,” he said.

Aninchofhislife is raced by the trainer’s life partner Sally McCoull.

Salter left the Launceston course with a double courtesy of his seven-year-old mare Miss Lively winning the Roberts Equine Services Pace over 1680 metres.