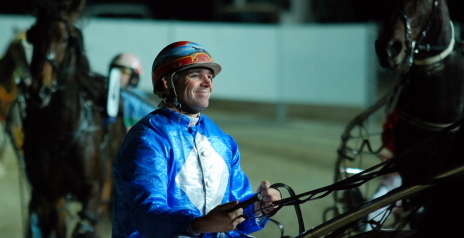 TALENTED trainer-driver Christian Salter has always had an eye for a bargain and it looks as if his latest acquisition falls into that category.

Salter bought former Victorian pacer Notaswethought out of a claiming race two months ago with the hope of winning a couple of races quickly and basically give him something to train while most of his horses are out spelling.

In Launceston on Sunday night Notaswethought scored an effortless all-the-way win in a claiming race over 2200 metres so Salter is half way to achieving his goal.

“I didn’t have much in work and I wanted a horse to go on with,” Salter said.

“I thought that, if I could win a couple of claiming races with him, I’d show a profit then I could sell him.”

“If he can win another race it won’t matter if he goes because by then I’ll most likely have my other horses back in work,” he said.

Meanwhile, reinsman Brent Parish has been suspended for two meetings for causing interference aboard Chassys Best in the second race on the seven-event card at in Launceston on Sunday night.

Other drivers in the wars were Christian Salter ($400), Craig Toulmin ($200) and Kate McLeod ($200) who were each pinged for excessive use of the whip with Salter’s fine double that of the others as he is a multiple offender.