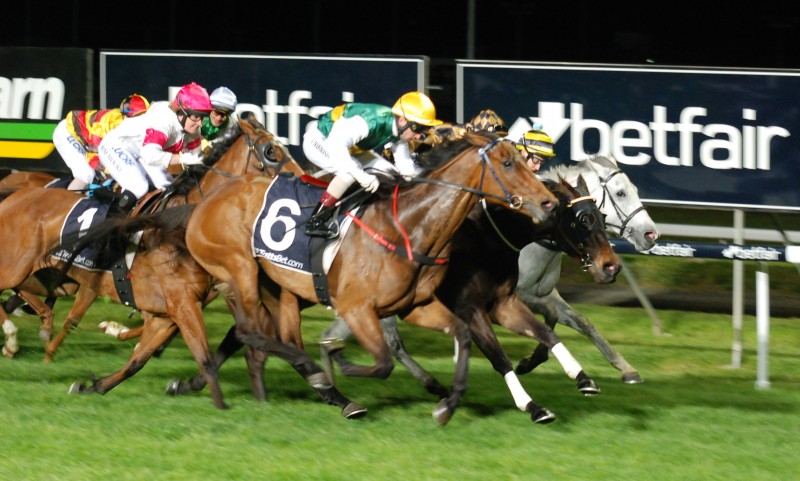 ONE of Tasmania’s most promising gallopers Saturn Shimmy has the chance to make amends for missing a place at her most recent outing when she tackles a benchmark 72 handicap (race 6) under lights in Launceston tonight.

The Kath Kennedy-trained mare scored an impressive win first-up from a spell but at her subsequent outing she ran out of racing room at the business end of a benchmark 72 won by Geegees Velvet two weeks ago.

She was the best of good things beaten, as had rider Anthony Darmanin been able to get her to the outside of the field there is little doubt she would have emerged triumphant.

Tonight she has drawn barrier two and while she doesn’t possess any early brilliance, Darmanin should be able to put her into a handy spot midrace and provided she can get to the outside in the home straight the mare should be too good for her rivals.

Genuine Lad is resuming from a spell and looms as the main danger as he has a good first-up record and Classic Outlaw will appreciate dropping back from open company to his right grade.

Mundine has been thereabouts in slightly lower grade of late and former Tasmanian Derby winner Ollie’s Gold has an abundance of speed and could lead this field and give a bit of cheek for a long way.