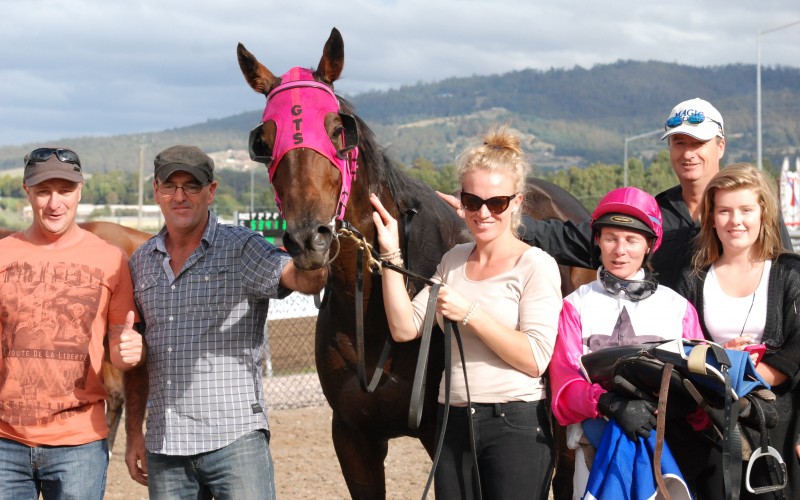 MUCH improved galloper Savannah Cat notched the biggest win of her career when she powered home for a last-stride victory in the Deloraine Hotel Easter Cup over 2360 metres at Spreyton Park Devonport yesterday.

The Glenn Stevenson-trained five-year-old mare scored a surprise win at big odds at her previous start in Launceston but she proved that was no fluke by storming home to defeat race leader Makes Cents in the last stride with Packedtotherafters only a neck away third.

It was a thrilling finish in a six-horse field but one that the mare’s trainer rated as “justified”.

“We all knew how much ability this mare had but she has been her own worst enemy for a while now,” Stevenson said.

“What with being a bit of a barrier rogue and taking a sour attitude into some of her races we’ve been perplexed at times as to how we would remedy the problems.”

“But she has all of a sudden decided she wants to be a racehorse again so we will go along for the ride as longs as it lasts,” he said.

Savannah Cat was well ridden by Shannon Brazil who has stayed faithful to the mare  throughout her racing career.

“I take my hat off to Shannon who has stuck by this mare and she is now reaping the rewards for her loyalty,” Stevenson said.

Savannah Cat took her career record to three wins from 21 starts but she also has amassed four minor placings for stake earnings of almost $47,000, helped enormously by the $13,000 prize money for yesterday’s win.

Stevenson said he will look at aiming the mare towards the $30,000 St Leger (quality handicap) over 2100 metres in Launceston on May 12.

“There isn’t a lot of choice as far as suitable races are concerned for this mare but the St Leger is definitely an option,” the trainer said.