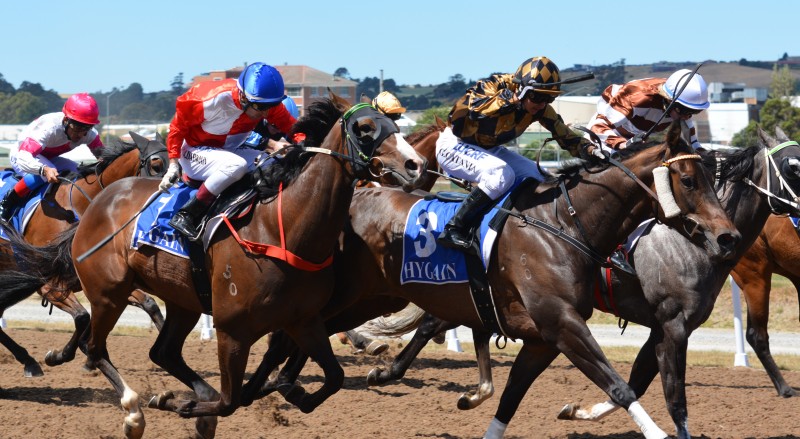 ONE of Tasmania’s most promising gallopers Savoire Step will be attempting to make it back-to-back wins when he steps out in the Newstead Hotel benchmark 72 Handicap (race 6) over 1200 metres at The TOTE Racing Centre in Launceston tonight.

Savoire Step, prepared at Longford by up and coming trainer Dylan Clark, has had two starts this preparation for a first-up second in a class two on December 10 and at his latest outing he powered home to score impressively in a class two over 1150m at Devonport on Boxing Day.

Clark has kept him fresh for this assignment and while he has drawn out (barrier 10) he has the services of premier jockey Brendon McCoull to counteract the wide gate.

This is a tough test for the lightly raced four-year-old that is having only his 15th start but he possesses a powerful turn of foot at the business end of his races and he Clark and McCoull will be relying on that to get home over the line tonight.

lazy Democracy has been racing in top form this time in and he looms as one of the main dangers along with the experienced Pengalas Gee Gee, Classic Outlaw and the speedy Bundaleda that has won three times from eight starts at this track and distance.