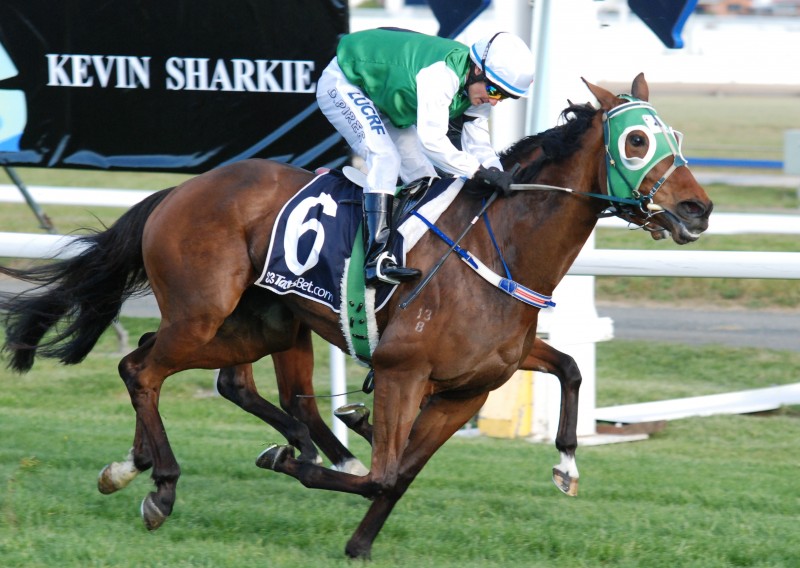 Scott has shared a successful partnership with his father David for the past four years that has produced the past three titles as Tasmania’s Premier trainers.

But David believed the time was right for Scott to take the reins so they opted to dissolve the partnership.

“Dad’s still sharing the workload but he’s just taking more of a back seat on race days,” Scott said.

“He was close to not renewing his licence last season but we changed his mind. He still will play a pivotal role at the stables,” he said.

Cherry Dancer has been a great acquisition as this latest win was her second from only three starts for the stable and she finished a luckless second at her only other outing.

“We bought this mare on a recommendation from Victorian trainer Mick Kent who said she’d be a good buy to race in Tasmania and she’s certainly gone well since she’s been here.”

“We used to train her sister So Fast So Good but she was more a sprinting type but this mare is better over a bit more ground.”

“I’m not sure how far she’ll get but she should win her share of races,” he said.

Spun Sugar finished second at her first two starts for the stable but last night she won with some authority.

“I’m sure there are more wins to come from both mares,” Brunton said

David Pires rode both mares and gave each of them a glowing post race report.