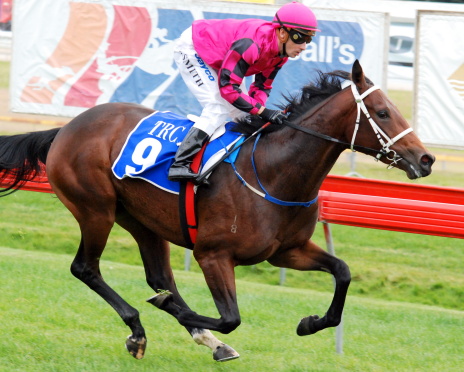 WELL BRED filly Searlait made an impressive debut at Tattersall’s Park in Hobart on Sunday scoring a runaway win in the DJ Motors 2YO Handicap over 1100 metres.

The Gary White-trained filly was given the run of the race by jockey Lee Smith who had the daughter of Savour Vivre-Sandasta settled midfield to the 600m before easing three-wide to make their bid for victory.

It was the first time Searlait (pronounced – searlay) had galloped on grass as White opted not to trial the filly prior to her debut.

Searlait was bred by her owners Mike Gordon and Ann Murray who were both thrilled with the filly’s effort.

Listen to what trainer Gary White had to say about Searlait’s debut win – click here .