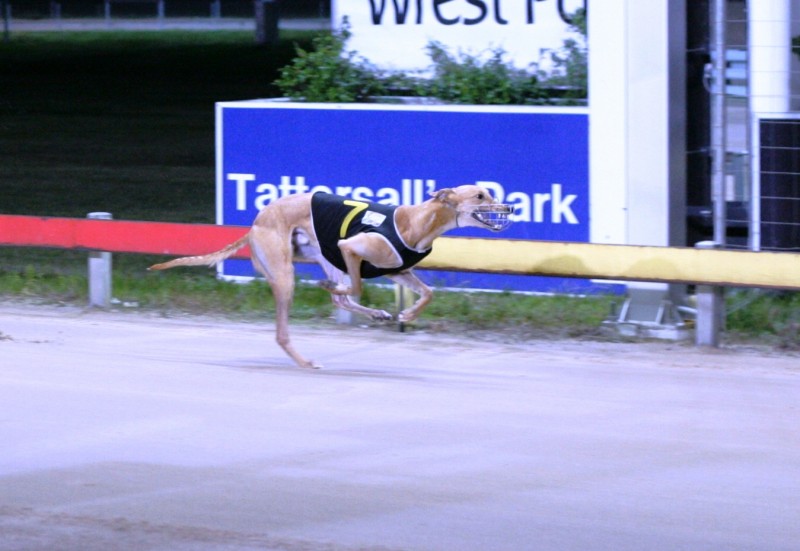 Leith trainer Gary Johnson isn’t seen at many greyhound meetings these days due to his many and varied work commitments but his dedication to the Industry is phenomenal both in breeding, rearing and assisting trainers with their meat supplies from his abattoir. Last night in front of his SKY Racing tuned TV enjoying the usual feast of Thursday night greyhound races he watched his kennel star Senor Slamma do just that (slammed ‘em) in the The Mercury top grade.

Beginning brilliantly this El Grand Senor pup scorched through the sectionals recording 5.01 11.04 completing the sprint trip in a best of the night 25.88 winning by 9 ½ lengths from Varcoe with Shanlyn Vapour ¾ length away third.

Now having said that he trounced his rivals it is important to note that shortly after the 340m boxes the rest of the field bunched which allowed him to slip further away.

His emphatic victory was cheered on by punters who backed him in to start favourite at $2.90 and they are now beginning to believe he is more likely to begin well these days and have followed him with increasing confidence over his last four wins in a row.

Punters also had a form line going into the race with That Was Then winning the previous after he had beaten her convincingly last week.