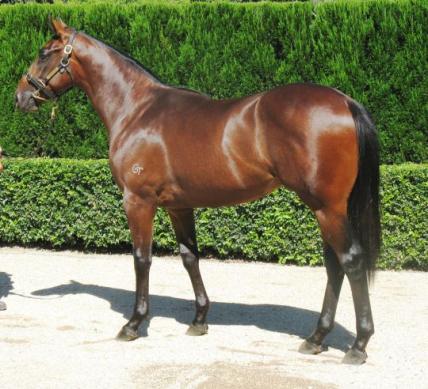 Mornington-based trainer Anthony Freedman will be out to emulate the feats of his brother Lee when he saddles up his promising three-year-old Caravaggio in the Betfair Hobart Guineas over 2100 metres at Tattersall’s Park on Sunday.

Lee Freedman knows what it takes to win feature races in Tasmania having won the 2005 Tasmanian Derby with Phantom Thief before that horse was dispatched to Hong Kong and more recently he won an Elwick Stakes (2YO Listed race) with Mrs. Kipling.

But last year he captured the Betfair Hobart Guineas with smart filly Ludka.

The Hobart Guineas is one of the feature races on the opening day of the AAMI Tasmanian Summer Racing Carnival and what a field it has assembled for the race that will be a prelude to the Schweppes Tasmanian Derby on February 5.

Caravaggio is one of five interstate invaders to line up in the Hobart Guineas with Jarss Act (Patrick Payne), Zuma Roc (Neil Walsh), French Tang (Greg Eurell) and Strato Mostro (Jason Warren) the remaining Victorian entries for the $90,000 Listed race.

Caravaggio is a winner of his past three starts with the latest at Sandown Lakeside in a 0-72 handicap over 1600 metres.

The Al Maher colt has answered all the challenges put to him this preparation and team Freedman earmarked a Tasmanian campaign for this colt after he won a showcase 0-72 race over 1600m at Ballarat on December 28.

Daniel Moor is booked t ride the colt on Sunday and it is the only ride the n-form hoop has taken for the meeting.

Neil Shaw, who trains a strong team at Mornington will bring a small team to Tasmania that includes Zuma Roc (Hobart Guineas) and lightly raced seven-year-old Checkaboard Lounge that will contest the BM 68 over 1600m (race 10) on Sunday.