Seymourjasper toughs it out for Barnes 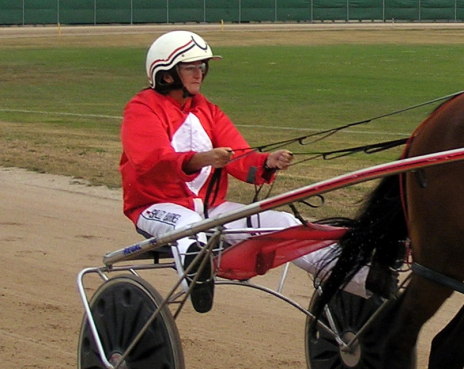 TALENTED harness racing trainer Shelley Barnes could not have been happier after her eight-year-old gelding Seymourjasper scored an impressive win in the Melton Saddlery Pace over 2090 metres at Tattersall’s Park in Hobart last Sunday night.

Seymourjasper ($4.60) faced the breeze for most of the race but made light of the task to go on and score by almost three metres from Rustler Boy ($3.90) with race leader Surprise Purchase ($14.50) hanging on for third but over five metres astern.

“I was very pleased with the horse’s effort and even though they didn’t do much early it is still good when a horse does all the tough work in a race and can still find a bit when the pressure is applied at the business end,” Barnes said.

Claiming novice driver Troy Hillier had Seymourjasper in third spot on the rail from his second-row draw and when he saw Rustler Boy easing off the fence to head the one-out line Hillier had no qualms about slipping off the rail to face the breeze.

“The horse did well on King Island and after that stint the owners opted to send him to me and I’m glad they did because he is the only horse I have in work,” Barnes said.

Last Sunday night’s win was only the gelding’s second for Barnes since he was transferred into her care early this year.

However, the horse’s owners told Barnes last Sunday night that they are contemplating moving the horse on.

“The owners told me last Sunday that they are thinking about selling the horse but I’m not sure if they have settled on a price,” she said.

Seymourjasper won on debut as a two-year-old when in the care of Chris Alford but he didn’t win another race until he was four.

Barnes was happy for anyone interested in buying Seymourjasper to call her on 0407 335121 to discuss the sale price.