Shades to put Top Notch back in winner’s circle 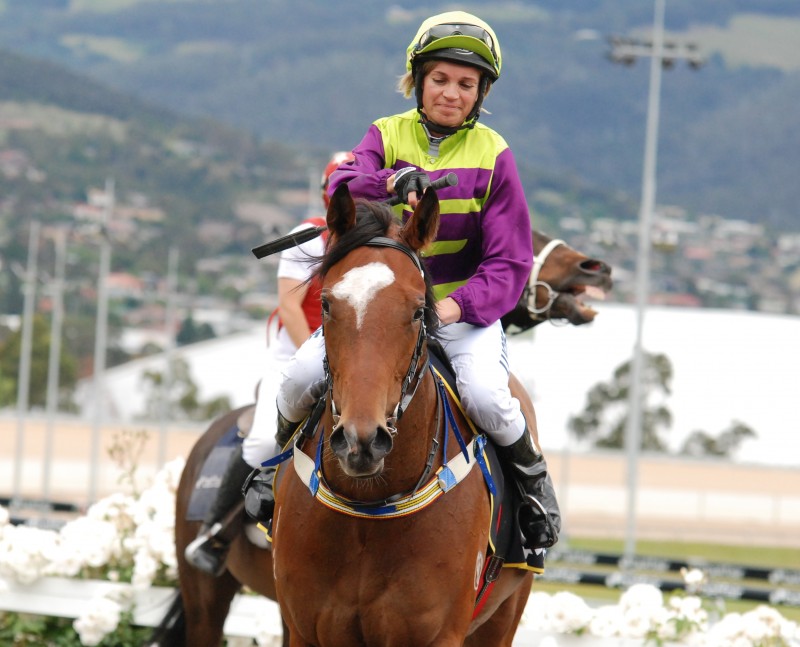 THE application of blinkers is expected to give smart filly Gee Gees Top Notch the chance to return to winning form when she tackles the $25,000 2YO Autumn Plate over 1`100 metres at Tattersall’s Park in Hobart today.

Gee Gees Top Notch took all before her early in the season winning the Debutante and the $100,000 Elwick Stakes in Hobart before her form tapered off.

She followed up with a sixth in the $100,000 Gold Sovereign on Launceston Cup day but after a short break she returned with a lacklustre fifth of seven in a 2YO handicap over 1000 metres on a soft track with apprentice Kyle Maskiell aboard.

But her trainer John Luttrell is confident that a set of blinkers will ensure she is more competitive today.

“I was apprehensive about putting the blinkers on in those feature races but after her last run I put the shades on and she just improved out of sight on the training track so there is no doubt she will be very hard to beat if she takes her recent trackwork into this race,” Luttrell said.

Gee Gees Top Notch has won three of her seven starts and has competed in all the feature juvenile events.

Gee Gees Top Notch is owned by Paul and Elizabeth Geard who also bred and own Gee Gee Red Prince and Geegees Double Jo from the Stuart Gandy stable and Gee Gees Top Notch’s stablemate Gee Gees Vicky and all have the credentials tom emerge triumphant.