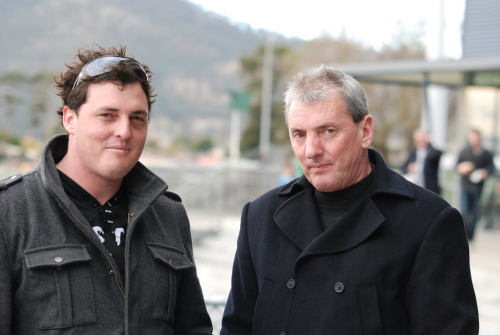 THERE could only be one thing better than successfully following in a father’s footsteps in the sporting arena and that’s sharing those footsteps.

Such is the case for talented young horseman Scott Brunton who with his father, David, won this season’s Tasmanian trainer’s premiership.

Team Brunton wrapped up the title at Tattersall’s Park in Hobart last Sunday by preparing one winner on the nine-race card to take their season tally to a record-breaking 78 wins.

The tally outshone the previous best held by the late Allan Stubbs who prepared 73 winners during the 1990-91 season.

For Scott is was a great reward for all the hard work and planning that went into achieving the record breaking result.

Listen to what Scott Brunton had to say about team Brunton winning the 2009-10 trainer’s premiership – click here .