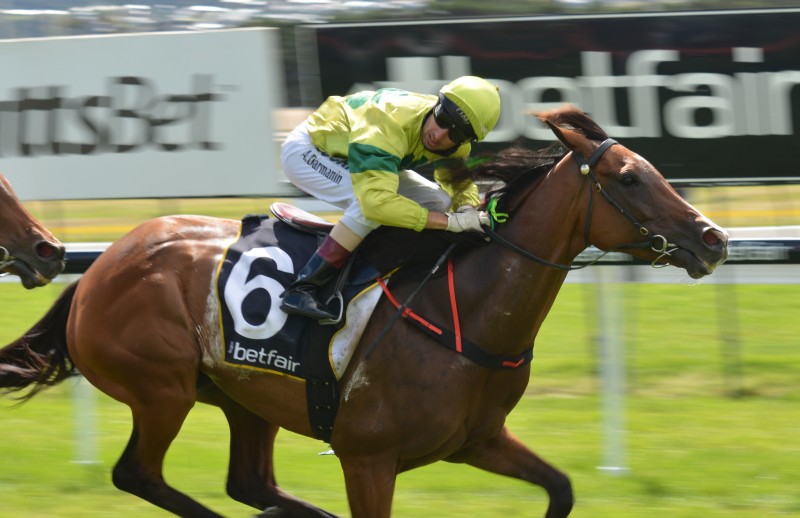 ASTUTE thoroughbred trainer Bill Ryan celebrated his birthday in style at Tattersall’s Park in Hobart yesterday when his quality sprinter Sh’bourne Spirit scored an outstanding win in the Lady Lynette Plate for fillies and mares over 1100 metres.

In what was expected to be a conditioning run in preparation for the $150,000 Group 3 Bow Mistress on Friday week turned out to be a full dress rehearsal.

Sh’bourne Spirit settled back in the field and was in an awkward position at the half-way mark and even on the home turn it looked likely the lightly raced six-year-old mare would be lucky to get a run in the home straight.

But with in-form jockey Anthony Darmanin in the pilot’s seat the mare gained a run and powered to the line to score from Miss Middleton that came from near last turning for home.

The Charlie Goggin and Luella Meaburn-trained Downwind ran on well for third ahead of her stablemate Awasita that hit the front 200 metres from home.

“That was just the sort of effort we were hoping for heading into the Bow Mistress,” Ryan said.

“This mare is as good as she has ever been and we can now go forward with even more confidence,” he said.

Sh’bourne Spirit was having only her 17th start but it was her ninth win and the prize money took her career stake earnings closer to $100,000.

Darmanin was delighted with the mare’s effort.

“She showed me such a brilliant turn of foot when we needed it today. It was a brilliant effort,”Darmanin said.

Miss Middleton was set a big task as she was near the rear until the 500-metre mark where jockey Brendon McCoull sent her around the field and she was the widest runner at the top of the home straight.

The Barry Campbell-trained mare ran on well to miss by only a half-length to signal her arrival as a genuine Bow Mistress contender, although she might be at her best in the Group 3 $125,000 Vamos Stakes over 1400 metres in Launceston later next month.

Awasita was having her first start in the state and it was her first outing for three months so she will derive great benefit from the outing and her stablemate Downwind was good enough to suggest the owners might take a throw at the stumps in the Bow Mistress.