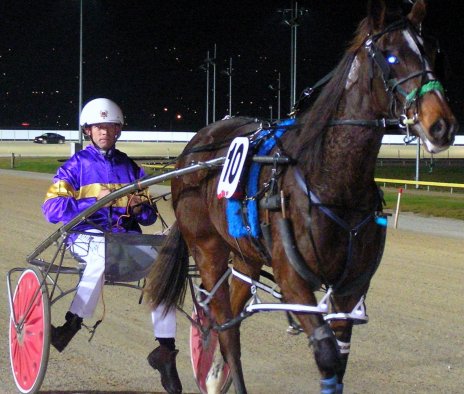 THERE’S no substitute for quality and that time tested racing adage certainly applied to former star juvenile Shez Ryleymak at The TOTE Racing Centre in Launceston on Sunday night.

Despite stepping away tardily from the standing start of the Beena’s Gift Pace (2200m) the Rohan Hillier-trained and driven mare regained her composure to find a handy spot midfield and was always travelling like the winner.

When Hillier asked the five-year-olds for an effort she quickly raced to the leaders and went on to score by 18 metres from Billabong Bertie with The Timely Trader almost three metres astern and just in advance of the well-backed Dance Of The Deity.

Shez Ryleymak was Tasmania’s best two-year-old and that season she also was crowned Tasmanian Horse of the Year, a feat she repeated the next season.

The mare was sparingly raced this season with her outing last Sunday night only her 11th for the season.

She won four and notched as many minor placings with arguably her best win coming at Tabcorp Park Melton in April when she clocked a career best mile rate of 1m.56.2s in an M0 over 1720m.

Hillier said Shez Ryleymak will head back to Melton this Friday night to contest a mares M0-M1 over 1720m but there are no firm plans beyond that outing.