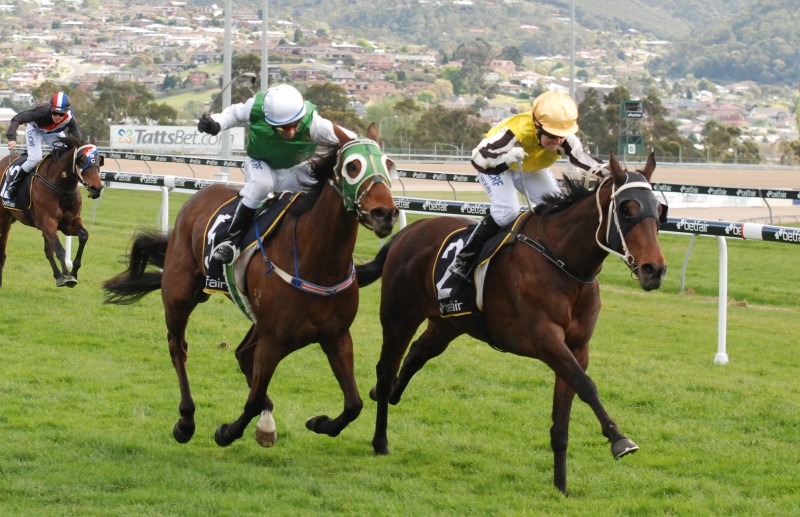 CHANGES made to how promising four-year-old Gocarma is shod has resulted in the gelding notching two wins in succession with the latest coming in a class one over 1400 metres in Hobart on Sunday.

Gocarma broke his maiden status in Hobart on September 21 coming from well back to score a game last-stride win over Spun Sugar.

But on Sunday rider Kim Moore had the gelded son of West Quest placed behind the leader to the home turn and when she exposed the gelding at the top of the home straight he quickly forged to the lead.

Gocarma then had to stave off a late challenge from race favourite Cherry Dancer.

The win also was a tonic for Gocarma’s trainer Graeme McCulloch who was rushed to hospital on Friday night with a heart problem but thankfully the issue was short-lived.

Listen to what trainer Graeme McCulloch had to say about Gocarma’s win and the circumstances surrounding his heart condition.