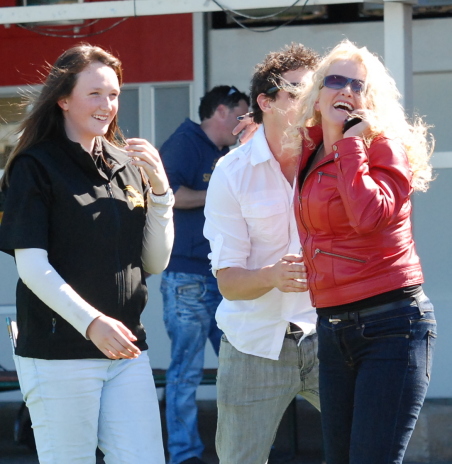 WHEN lightly raced five-year-old mare Si Vite scored a game win in a benchmark 62 race over 1650 metres at Spreyton last Sunday the cheers from her owners rang out loud and clear across Tapeta Park.

Si Vite (Savoire Vivre-Don’t Babble) was having her second start this preparation but only her 11th career outing.

With Jason Maskiell aboard, Si Vite settled fourth on the rails and travelled well to the home turn.

Maskiell opted to wait for a rails run that eventuated when the leader Cricketer rolled off the fence upon entering the home straight.

The mare responded well when Maskiell called on her fore the supreme effort 100 metres from home and she went on to score by 1-1/2 lengths from Cricketer with A Touch Of Shades a length away third.

The irony of the win was that Si Vite is owned by Bruno Calabro who also owns Cricketer but he opted to lease the winner to trainer Bill Ryan’s daughter Monica who in turn encouraged a group of her friends to form a syndicate of nine that also includes her mother Mary Ryan.

It was a big result for the owners who all had a sizeable bet on the mare that started at the lucrative price of $13.20 on Tattsbet TOTE but was in from $13 to $11 on fixed odds.

Listen to what jockey Jason Maskiell had to say about the win of Si Vite – click here .